Another installment of Mat & Dave's adventures in 5th dimension.

We woke on day two of Sappyfest to a pleasant surprise, the rain had passed and the sun was out in full force. We hung up our soaked sleeping bags to dry and then cruised down to Bridge St. to see what was shakin'. Saturday at Sappy features a world-class zine fair and a craft fair/market that takes place right in front of the main tent. Word on the street was that the zine fair was as hot as sauna so we stuck around the main tent, stared at crafts and ate some of the very delicious food. There were cinnamon buns that were changing peoples lives, and organic greens that took you to another galaxy. 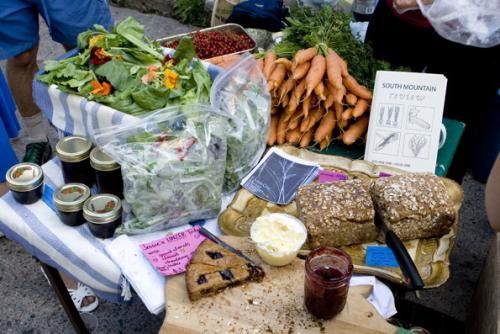 The addition of sunshine really changed the game. At the tent we caught Jon Rae's set, he had a killer band featuring members of Vancouver-based Ladyhawk, it was wicked. 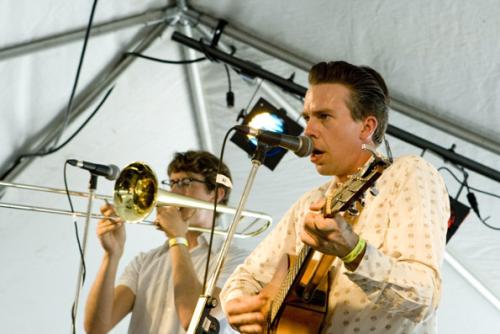 Jon Rae, the preacher's son, soothes the souls of sackville

Next on the list was Sackville's own Calm Down it's Monday featuring Julie Doiron and Fred Squire followed by Lovesinger featuring Diego Medina and Jon Mckiel on the skins. Both of the bands brought the noise. 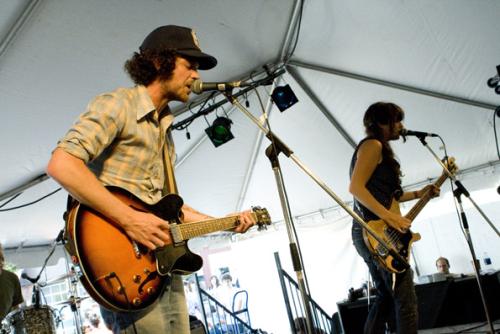 Calm Down its monday, calming the crowd 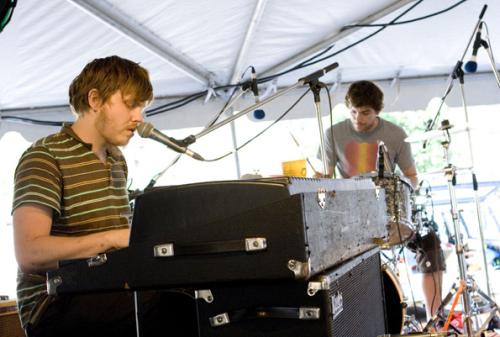 By mid afternoon we had to leave the tent and go record a Let's Get Baked episode with Toronto's The D'urbervilles. Sackville's coolest duder and Sappyfest all-star volunteer Buckey lent us the keys to his mansion so we could slam out a delicious rasberry spice cake with the durber boys. We picked the berries from Bucky's garden, banged out the cake, had a pleasant time and made it back to the tent for Rick White's set. Rick hypnotized the mainstage tent crowd which by this point was huge. The rest of the acts on the bill were very cool and very diverse. 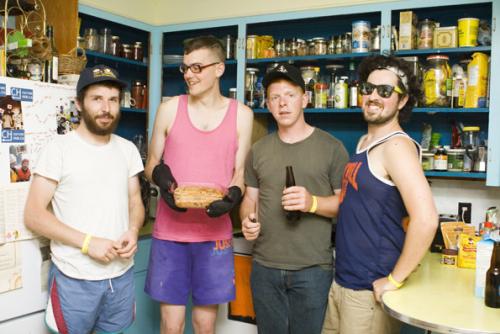 Delicious cake with The D'rbervilles. Bucky's kitchen is awesome! 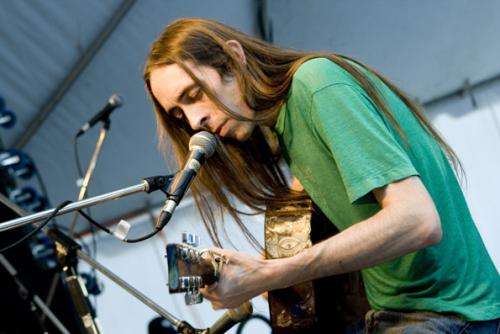 Rick White in the daylight

Sappy staple Snailhouse kicked out a flawless set, of beautifully crafted pop tunes. Rock Central Plaza pulled things in a bluegrass direction and then Feuermusik hit the stage and threw some trash can jazz (i mean that as a compliment) in the crowds face. It was a very eclectic mix of music for a very large audience which is something you don't see at most festivals. Good on the Sappy organizers for taking a risk and showing us something new and exciting. 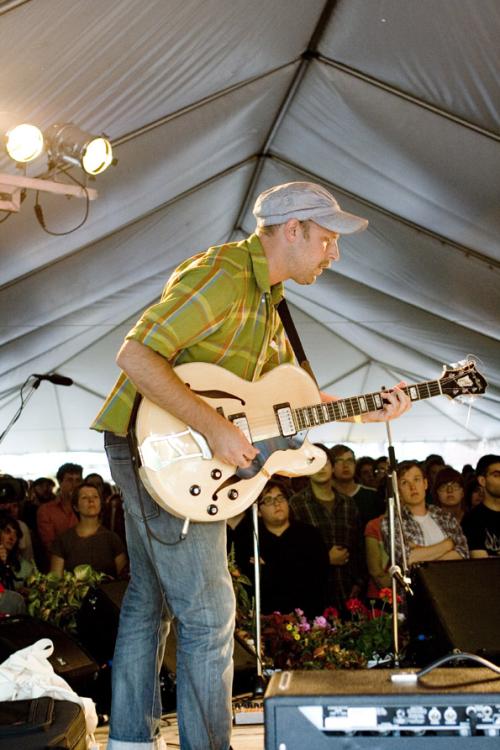 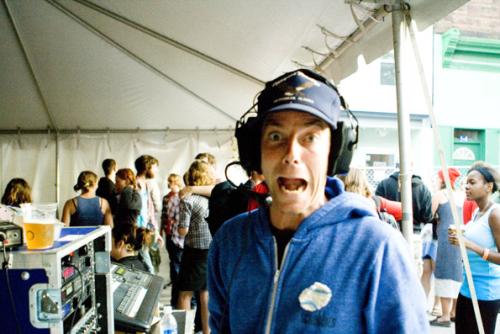 Paul Henderson (Mr. Sappyfest) chief organizer, having a little moment at the board

The tents final two performers were Toronto natives Ohbijou and Vancouver's Ladyhawk. Ohbijou has orchestral pop on lock down; some would say it moved into "dork-estra" territory but the crowd ate it up. 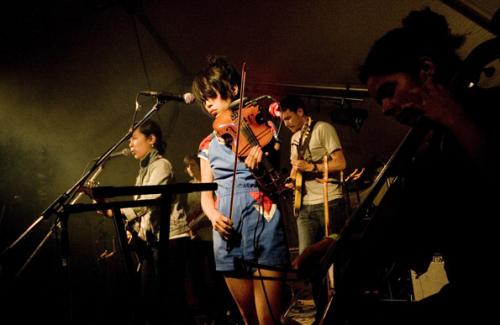 Vancouvers Ladyhawk was the night's headliners, people were pretty rev'd up to see them, we had been hearing things like "Ladyhawk are great" and "wow I like Ladyhawk" all day, and now after seeing their performance I can say "Ladyhawk is great" with confidence. They had a magical energy on stage and the bass player had awesome hair. 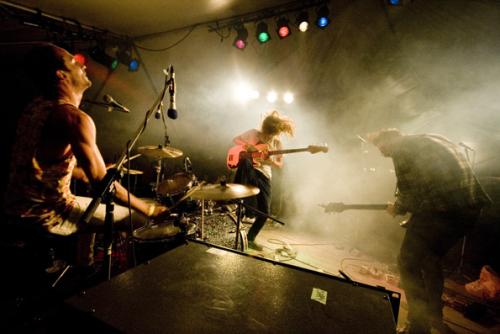 Ladyhawk showing people how to rock

After the tent shut down we moved on to Uncle Larrys to see B.A. Johnson and our new pals the D'urbervilles. The crowd was almost too big for Uncle Larry's and B.A. used every inch of it to play one of the best sets of his long troubled career. he crowd surfed on a innertube and played all the hits, it was pretty cool to hear all those people singing along to "deep fryer in my bed room." 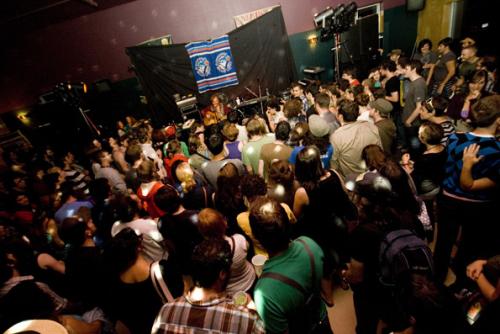 This photo really only shows a quarter of the crowd for B.A. Johnston 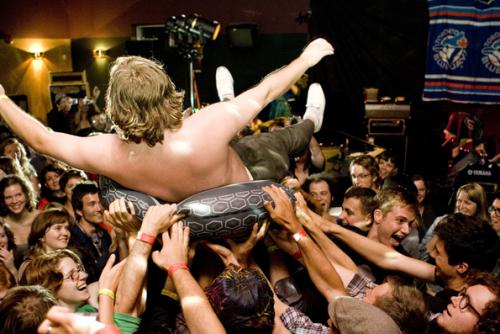 The D'urbervilles kept the party goin', their front man Jon really killed it, he is pretty amazing to watch. Unfortunately we couldn't make it over the the Mt. Eerie show as the lineup was huge and we really wanted to see the D'urbervilles. Luckily we can see Mt. Eerie in Halifax next week. All accounts say that he really brought it, and Julie Doiron and Fred Squire did a great job of backing him up. 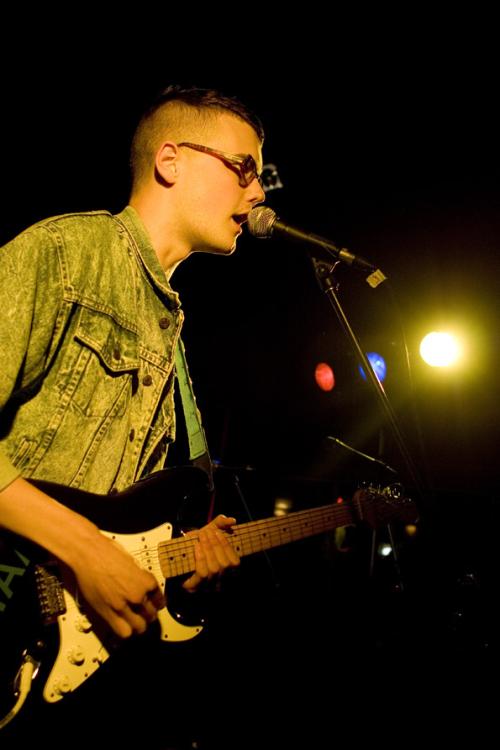 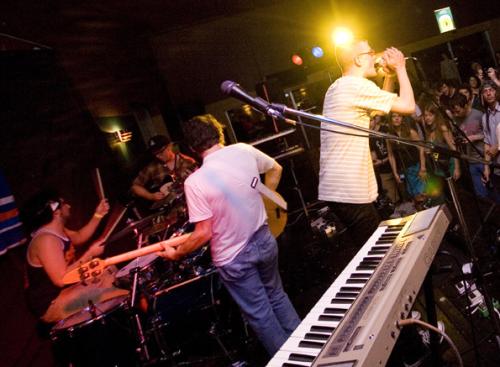 At 2am the crowd spilled into the street and we figured it would be a good time to blow up a box of fireworks and have a little dance off in a parking lot. The cops showed up just to make sure we weren't drinking, then went on their way, they never said anything about the Smokey Robinson we were blaring in the street. nice cops, or they just like smokey. 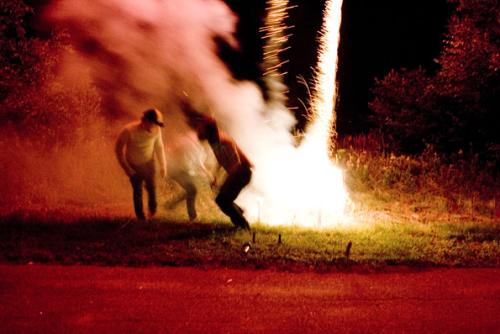 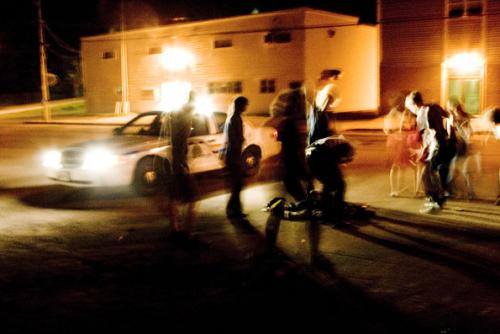 And finally... nothing like dancin' in the streets until 4:30am. This photo shows the police giving us their seal of approval.