Scenes from growing up gay in small-town Nova Scotia

Celebrating the survivors, remembering the lost during Pride. 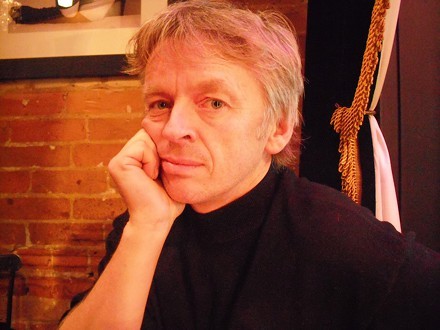 In the opening scene two fairly fit, athletic, working-class boys from New Glasgow (but it can be any small town in Nova Scotia) are caught holding hands out in the local park by a group of local toughs, and are accused of being "faggots".

The group of boys are furiously homophobic. They set upon the two.

The boys luckily escape with nothing more serious, physically speaking, than the opening rounds of a potentially serious beating—faces scuffed, a fat lip, a black eye—enough of a beating that I will still see it on the one boy’s face a week later when he rings the doorbell to our youth shelter.

In the second scene we see one of the boys soon thereafter in his family bathroom looking at himself in the mirror. He is examining his cut lip and the scrapes on his face. He straightens himself up and goes out into the kitchen where his mother is cooking dinner.

He discloses to his mother what happened, and finally breaks down in tears and tells his mother that he loves the other boy.

Later that night while the boy is out, his mother discloses to his father the events of the day. His father is furious and begins to drink and storms around the house looking to break something. The mother tries to intervene and in his rage he blames her for his son being gay and he slaps his wife to the floor.

When the son returns home, his father corners him and begins to beat him with as much viciousness as the boys in the park. The boy escapes and runs out of the house with only his jacket and his wallet. The father yells at him "You fucking faggot! If I ever see you back here I'll kill you myself!"

In scene three the boy goes to his boyfriend’s house—but the other boy will now have nothing to do with him—he has decided to go deep into the closet ("until I graduate and move to Halifax"). He says he doesn't want to see the boy again.

The distraught boy walks aimlessly through the streets and is again discovered by the toughs who had earlier tried to beat him down. They chase him to the bus station. He takes the next bus to Halifax.

In Halifax he wanders new and strange streets and on his second night sleeping on the Common he is beaten and robbed. Someone on the street tells him about the homeless youth shelter and he finds his way to our door. I watch him from the window as he stands on the step of the shelter and pauses before ringing the doorbell.

At any given time 20-40 percent of the youth at Halifax’s homeless youth shelter are gay or transgendered and on the run from family violence. They come from New Glasgow, the Valley, Yarmouth and many small places I have never heard of.

These are not street-entrenched youth. Often they have never been to Halifax, so the consequences of their decisions are inevitable: beaten, robbed, bullied, raped. Hungry and broke, they often find themselves involved in sex work, or get sick from the exposure of sleeping in the rain. A friendly face may offer them some weed, a predator may hand them a dilaudid to ease the pain—help them forget, ease the hunger pains.

Street habits form, food will be stolen, dreams of high school graduation forgotten, charges will be laid—theft under, solicitation, trespassing, public nuisance—some will find resilience and wisdom, others will try and jump from the bridge.

There will be a lot to celebrate during Pride Week in Halifax. We will carry a torch for the survivors of violence and abuse and intolerance. We will dance, sing and parade with pride.

As a society, we’ve come a long way in the last decade. But there will be remembrances as well. For those who lost their very young lives simply because of their sexual orientation.

We will be on the streets to remind you that there is still much work to be done.