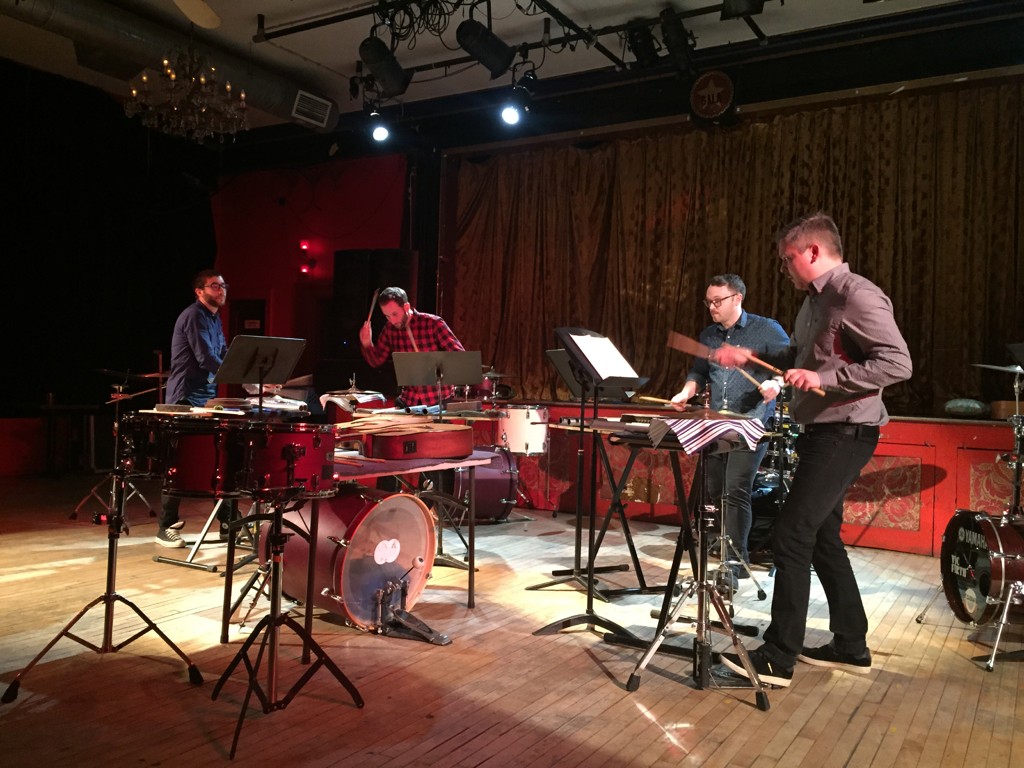 Violinist Giora Schmidt kicked off the Scotia Festival of Music this Monday with a performance of Bach’s Chaconne. It was a gutsy way to get things going. Bach’s Chaconne for solo violin is widely praised as one of the greatest tests in music, demanding not only virtuosic skill but serious emotional depth.

Giora strutted onstage and plunged into the piece before the audience had even settled themselves down. But he stole their attention for a thrilling 15 minutes of wild violin skills and sensitive artistry. (Except for 30 excruciating seconds when someone painfully unwrapped a candy, which, given the circumstances, seemed like a total farce).

It looks like this year’s Scotia Festival, a two-week celebration of all things chamber music, will live up to its bold opening.

Architek Percussion, a four-man rhythm troupe from Montreal, is one of the more experimental acts on the varied program. Surrounded by drums, cymbals, tin cans, marimbas, beer bottles and more, they resemble mad scientists in a sort of percussive laboratory.

“We usually play recent compositions,” says Architek member Mark Morton. “But at Scotia Festival we get to play a lot of the classics. These pieces are tried and true crowd pleasers, and a lot of contemporary percussion music emulates them.”

Among those classic pieces are Béla Bartók’s 1937 composition Sonata for Two Pianos and Percussion, which Morton describes as a “tour de force” with “monstrous” piano parts. And on Sunday they’re playing John Cage’s 1941 piece Third Construct, one of their favourites.

“Third Construct is a blast to play,” says Architek member Alessandro Valiante. “You hear something different every time you play it.”

You can catch Architek Percussion, Giora Schmidt, and a host of other world-class musicians at the Scotia Festival of Music, which runs at the Sir James Dunn Theatre until June 7. For info go to www.scotiafestival.ns.ca.