The Kids in the Hall legend’s top pick is a necrophiliac. 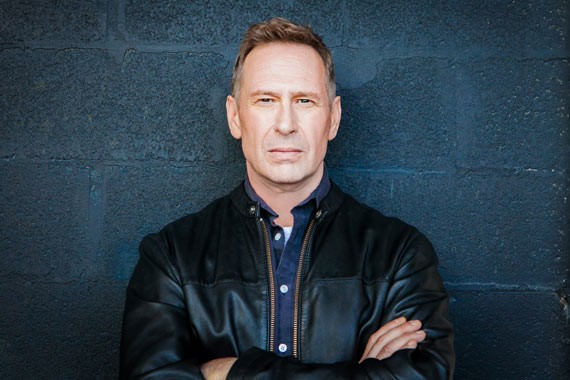 Character acting requires incredible comedic skill, and from 1984 to 1994, the men behind Toronto-based sketch TV show The Kids in the Hall were masters of disguise. The show was a worthy rival to Saturday Night Live, airing on both HBO and CBC with its host of darkly absurd, satirical and original character sketches. This Tuesday and Wednesday, the legendary Kid Scott Thompson performs at The Carleton. Thompson shares his favourite characters from his repertoire with us.

1. Dusty Diamond
Thompson's top pick appeared on 2010's The Kids in the Hall reunion, a CBC miniseries called Death Comes to Town. Coming after Thompson's successful treatments for lymphoma in 2009, his portrayal of the "coroner with alopecia" was one of his many characters from the perverse eight-episode murder mystery, but the only necrophiliac.

2. Cathy Strupp
One of Thompson's most popular characters was "my blonde alpha-female secretary, Cathy Strupp," he says of Cathy with a C, his gossipy and jealous office administrator. Teaming up with Kathy with a K (Bruce McCulloch), the recurring KITH sketch "Secretaries" was a tongue-in-cheek portrayal of middle-aged women at work.

3. Francesca Fiore
"The B-movie star from Brazil" was one of Thompson's best drag performances, often appearing on an annoying Dini Petty-esque talk show hosted by Darcy Pennell (Kevin MacDonald). Fiore was over-the-top with Latin American style, from ridiculous glam and cheesy music to marketing her own perfume.

4. Weston Esterhazy
Weston Esterhazy was "the crazed gossip columnist and confidante to the stars," says Thompson of his unsettling male character who would discuss who was gay in Hollywood—including John Travolta and animal actors like Benji—and pop culture scandals like Rob Lowe's sex tape. The character highlighted the complete fiction behind celebrity gossip rags, with his sidekick Virgil (Mark McKinney).

5. Fran Wilson
"The housewife and the wife of Gordon and the mother of Brian" was a staple of Thompson's character roster. Not only his favourite housewife, Wilson was billed as "everyone's favourite housewife," and she doted on her blue-collar family with such innocent whiteness that ethnic foods like salsa confused her.