Sean Emeny of the state 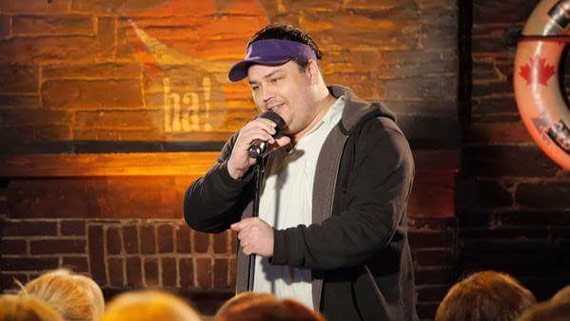 Stand-up comedy seems absolutely terrifying. Just the image of someone present and alone in front of an audience primed with expectation and anticipation that something hilarious will happen over the course of a 20-minute set is paralyzing.

"It's a pretty risky art form, some nights you can walk off and everyone will love you and other times it can crush your soul, but you get calloused pretty early," says comedian Dan Hendricken. "If you are going to take everything personal you just aren't going to make it past the first few months."

Hendricken is a Halifax stand-up with considerable clout by his own right, opening for Tig Notaro when she came to town in May. He's now hosting comedian Sean Emeny's upcoming return to the city. "The name of the show is where I really showed my creative chops by calling it 'Sean Emeny at The Company House,'" says Hendricken. "Sean has been having an amazing year, he's been to all three major Canadian festivals which pretty much never happens. He has always loved Halifax and wants to record his first album here, and it's going to be fantastic."

With gigs opening up for Marc Maron, Gilbert Gottfried and Doug Stanhope, Emeny's stock is rising amongst lofty company. When performing he seems to feed off the tension between performer and audience, delivering one-liners eyes closed with an uneasiness that just seems so comfortable and appropriate. "He's a classic style comedian with a weird twist," says Hendricken. "The dude is strange but incredibly funny."