Almost 20 percent of survey respondents said they have been raped, while 11 percent weren't sure. 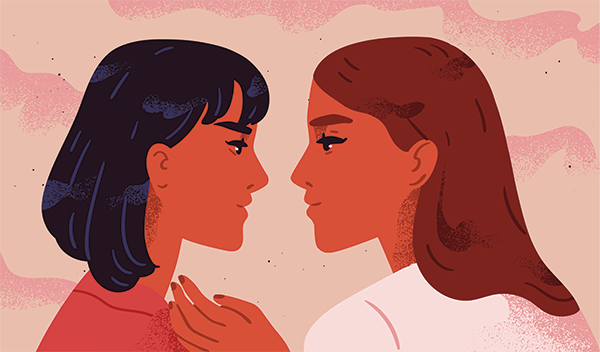 The Coast spent a long time considering whether or not a quirky survey about sex and relationships was the place to ask the harder questions about sexualized violence and rape culture. At first, we thought no way: There is nothing quirky about sexual assault. But we also wondered why it’s so easy—and there’s so much space—to giggle and gawk at all things kinky, but when it comes to the difficult questions about rape culture, we’re afraid to ask—the answers are always painful and simply asking them can cause harm.

We asked our readers first if they thought that a sex survey was the place to talk about consent, bad sexual behaviour and rape culture—84% said yes, 16% said no.

The majority of people who said yes, also said yes to answering questions right then and there in the survey. Here are their answers.

"Although it's hard, it's important to talk about just how common sexual violence and coercion are. Keeping quiet has never helped anyone." click to tweet

50% of respondents have felt unsafe in a sexual encounter.

62% of respondents have had something sexual done to them that they didn't want to happen.


6% of respondents have done something sexual to someone that they believe the other person didn't want to happen.

2% of respondents weren't sure if they'd raped someone—98% said they hadn't.

Respondents had a lot to say about the spaces we can—and can't—talk about rape and sexual violence in, and why it's often so hard to make space for discussions about consent.
"I know I've had bad sexual experiences and one thing that makes me feel better is hearing about other people overcoming their bad experiences as well, or just at least knowing that I'm not along, so I think it will be helpful to see the results."
"I think although it's hard, it's important to talk about just how common sexual violence and coercion are. Keeping quiet has never helped anyone and talking out in the open normalizes the conversations that can only serve to help us create a safer world where sexual assault is less common, and those affected by it aren't afraid to speak up."

"I think it's sad that the North American culture is hypersensitive at the moment. I find in my past straight men can be overly aggressive and it takes a certain type of person to say no and not give in to the pressure or the feeling of being 'lame' in their eyes."

"I don’t think many people realize how common sexual assault is (sadly)."

"There is a fine line between rough and abusive. Anything that makes you feel bad about yourself is NOT OK. Pushing your boundary is great so long as you feel safe. Last but not least there is never a too-late-to-say-NO point—when one partner says stop it means STOP."

"To me, part of living in consent culture is apologizing and acknowledging times when I have pressured others to have sexual encounters with me. When reflecting, I can see it was coercion and their consent may not have been enthusiastic. No one has ever raised this to me but I hold myself to it."