A monthly shortfall of donations intensified over the summer, but an internal report stops short of naming Buddhist Project Sunshine as part of the cause. 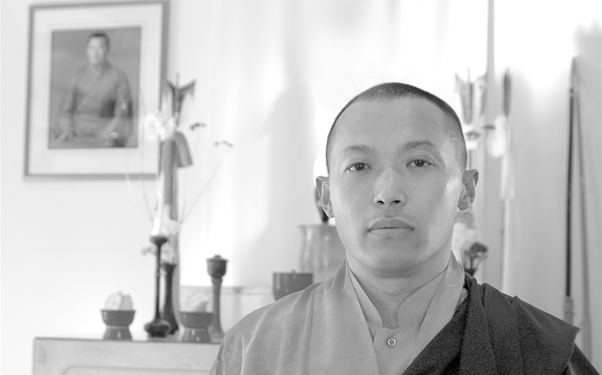 The late-September financial report is “not saying the barn is on fire and the fire is getting worse every minute,” says Andrew Murphy. “But there is a problem.”

Murphy classifies it as a cash flow problem, and indeed, this update—released September 20, with a password-protected online  appendix available only to Shambhala members—shows a monthly shortfall of $54,000 USD.

The report notes that while some of that shortfall has been a chronic issue in recent years, the problem intensified over the summer.

The report does not name Buddhist Project Sunshine and its June 28 report as a factor in this dropping off of donations. The grassroots BPS reports contain multiple allegations against Osel Mukpo, known as Sakyong Mipham Rinpoche, of sexual assault and abuse of community members, including some incidents in Halifax.

Early numbers show a slight rebounding for September, but it may be too little, too late for some Shambhala Centres reporting a sharp difference in their revenues.

In New York City, the centre on West 22nd Street issued an update to its members in mid-September saying that its continued operations have “become untenable.” The notice goes on to say that “Significant loss in program revenue, combined with in membership dues, donations and personnel in the past three months have all had a detrimental effect on our ability to operate.” An accompanying graph shows centre revenues had been over previous years between January and June, but dipped precipitously through the summer, leaving the centre to project its September revenues would be half what they had been in previous years.

The Halifax Shambhala Centre refused an interview with The Coast.

This financial report notes the negative cash flow situation will be addressed with a bridge loan drawn from the Sakyong Potrang, a separate entity that houses donations meant specifically to fund the life and activities of Mukpo and his family. It further notes that though some assets may need to be sold, likely that won’t include any local Shambhala Centres.

Shambhala Global Service owns a number of properties internationally, including the Kalapa Court on the North West Arm, in which Mukpo and his family during the few weeks a year they spend in Halifax. The report indicates that property was purchased for a little under $2.4 million and bears a mortgage of $130,000 a year.

Other Nova Scotia assets include Denma Dorje Ling, a land centre near Tatamagouche (purchase price $1.28 million), Gampo Abbey ($1.8 million), and the Kalapa Valley ($447,000), both in Cape Breton, along with the Shambhala Centre on Tower Road ($1.08 million) and the St. Margaret’s Bay Shambhala Centre ($153,000). Additionally, the Nalanda Translation House, which was bequeathed to Shambhala on the condition it not be mortgaged nor sold, is also in Halifax.

This second-quarter financial update indicates that the bridge loan “provides the cash needed to keep the Nalanda Translation Committee property mortgage free, and allows decisions about asset sales to be delayed until the Interim Board of Shambhala is seated.”

Meanwhile, Murphy notes that this financial report indicates Shambhala Global Services is already putting space between itself and Mukpo.

“It strikes me that they’re already cognizant that people don’t want to give money to support the Sakyong,” he says, pointing out that the report makes it clear that funds that flow into Shambhala Global Services from local centres not go toward supporting Mukpo and his family.

“It does look like they’re segregating him, putting him aside from the rest of their earnings, hoping people will continue to put donations up for other activities, him. It’s a clever strategy.”

To date, Shambhala has spent nearly $75,000 on expenses related to the sexual misconduct allegations, including $45,000 on a public relations firm hired for two months to handle the high volume of press inquiries and $18,064 on the independent investigation being conducted by Wickwire Holm.