Hardcore drama: A new film about a sex addict has earned a stigmatized film rating in the United States, The co-writer of Shame isn’t at all bothered. 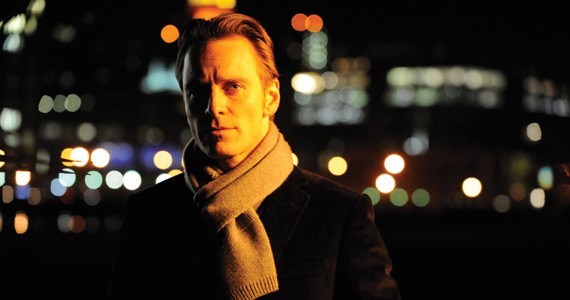 The new film Shame, opening in Halifax this week, is as much about the pervasion of the internet as it is about sex.

When Abi Morgan---writer of British TV series Sex Traffic and The Hour, as well as the Margaret Thatcher biopic The Iron Lady---and director Steve McQueen---whose feature debut was 2009's Hunger---sat down to develop the project, they shared details of their preoccupations. The web was a big one.

"How it consumes people, and has commodified the way we interact, everything from social networking through to the more obvious forms of commodification of sex," explains Morgan from London. "The sex sites, that was the world that we were drawn to. It was intriguing to us to ask, 'Who are the men who go on those sites? And who are the men who become addicted to that kind of intense form of relationship?' That was our starting point."

Morgan and McQueen travelled to New York, where the subject of sex addiction has more grounding in the therapeutic community than in the UK, by Morgan's estimation. The characters of Brandon and Sissy grew out of their interviews with obsessive Manhattanites, living in a world of "excess and access," and the filmmakers determined that the film would be shot there.

In New York "you're a part of the ebb and flow of human life, there is a sort of secularity to the way people live," says Morgan. "I felt there were two rhythms of our time in New York: one was pounding pavement, being very much down in the city, and the other was being very high up, looking out of glass-fronted rooms."

Shame combines both of those Manhattan perspectives in the story of businessman Brandon---Michael Fassbender in a revelatory performance---living an austere existence in his high-rise condo and office, feeding his sexual compulsion through the internet, in casual encounters with women he picks up in bars and, sometimes, employing a professional. When his sister Sissy (Carey Mulligan) shows up, the only person with whom he has any kind of familial relationship, she sets his carefully constructed life askew with a different kind of neediness.

When Morgan was writing the story and collaborating with McQueen, she was able to imagine Fassbender in the part. The actor had already shown his extraordinary commitment in McQueen's Hunger, playing Irish political prisoner Bobby Sands, and maintains a strong creative bond with the director.

"I think Michael is very much key," says Morgan. "When Steve and I began to talk, it became very apparent that this would be a great part for him. He's such an incredibly fearless actor it was creatively brilliant for me to have him in my head when I was writing."

The frank portrayal of what some may term a deviant sexual nature, including full-frontal nudity, has earned the film an NC-17 rating from American censors, reducing the film's chances of promotion in some venues. But Morgan didn't think about the potential rating when writing because she didn't want it to limit her.

"My job was to be as true and free as I could with the material," she says. "I hope the film is bigger than that rating, and I believe it is. I think it's a universal message, a powerful and very, very simple and humane story. In many ways it's interesting, the publicity and the debate it's generated."