Sharkwater Extinction lost its director, Rob Stewart, but his legacy lives on. 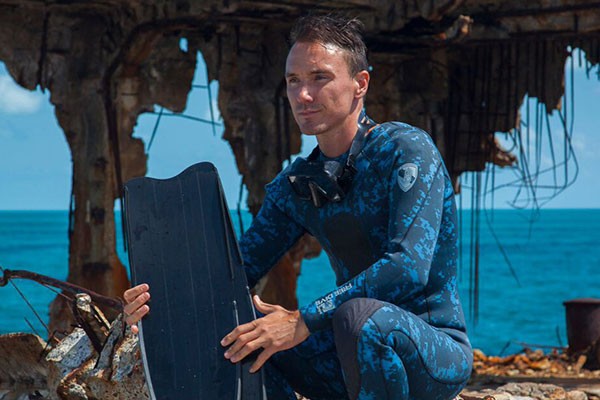 Late in Sharkwater Extinction is a scene that has nothing to do with sharks, one you've known is coming the whole movie, that gives the title a sombre double meaning: The death of its director and star, Rob Stewart.

Stewart's debut documentary, 2006's Sharkwater, was instrumental in the banning of shark finning—the practice of catching sharks, cutting their fins off for soup, and discarding the bodies—in 90 countries. While filming its sequel in 2016, Stewart drowned in the Florida Keys. (The accident is explored in detail in a separate, unrelated documentary, The Third Dive: The Death of Rob Stewart, premiering on CBC October 26.) He'd completed some of the movie—he acts as narrator through the bulk—and the rest was put together from 400 hours of footage, guided by Sturla Gunnarsson.

"Robbie was very meticulous in his process, writing an arc of how he wanted to tell the story," says Brock Cahill, a writer and diver on the film. "Most of it is from the timeframe that he was still with us."

Cahill was also Stewart's best friend. "It's a mission and it's what we're on," he says quietly from Los Angeles, at the beginning of a long day of discussing his friend's passing. He was Stewart's yoga teacher to start, but they were close for the past decade. "I already involved in the oceans," says Cahill, founder of SeaChange Agency, a non-profit that improves oceanic ecosystems. "I'd taken lots of trips to get people involved, recognizing our place in the water. But Rob really spurred it on."

Sharkwater Extinction had its world premiere at the Toronto International Film Festival—"A 10-minute standing ovation without a dry eye in the house. I know he'd be very proud of that," says Cahill—and a screening hosted by Stewart's parents during the Atlantic International Film Festival. What Stewart reveals throughout is that sharks are still being unfairly maligned in the world and, worse, illegally captured and finned."This story is so beautiful, is so romantic and heroic," says Cahill, choking up. "He believed wholeheartedly in his mission and what he was doing and he gave everything he had. He made the ultimate sacrifice and the ultimate point."

The film offers some solid science bits, including a section in which Stewart selects common grocery store foods and has them tested to see how much shark is in them (more than you would guess, and you'd likely guess "none"). But this is not your average nature doc, with the crew having to fly drones over restricted areas, sneak in and out of countries, even ducking gunfire.

"One of Rob's major philosophies was he believed strongly in the power of film and media to voice something to change the world," says Cahill. "In a lot of our work we deal with a lot of unsavoury characters—and I get mad, like 'I'm gonna beat the fuckin' shit out of this guy.' Rob always stayed cool. He'd say, 'The camera is our best weapon in this revolution, Brock. You gotta chill. Let's go into this with a camera, not a shotgun.'"