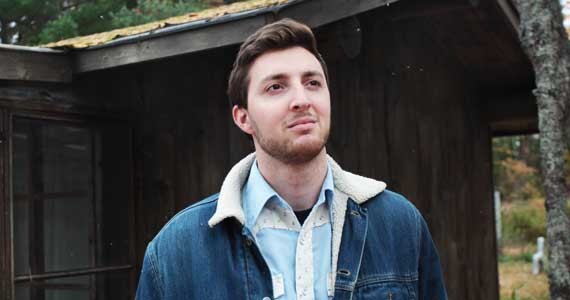 Corey Isenor recently relocated to the south shore after a summer and fall of touring the Maritimes and Newfoundland for the first time. "Every show was a great experience and we had no problems with the car or sleeping or band issues," he reflects. "It was kind of weird something didn't go wrong." Not one to look a gift horse in the mouth, Isenor took that good juju and went to work, releasing Tannenbaum, a four-track experiment with instrumentals. It "was a fun project, something I wanted to make mainly because we had a large amount of different instruments in our house," he says. "I've often wanted to explore more genres with different projects, this may just be a start." A good start in an interesting direction, Isenor is now working on some new songs and plans to record an album later this month but for now you can catch him with other south shore friends at the T-Room. It'll "be a good line-up of folk music, especially in a more traditional sense," he promises.