Should we be scared of murder hornets?

No. But what is scary is that more than one-quarter of all insects have disappeared since 1990. 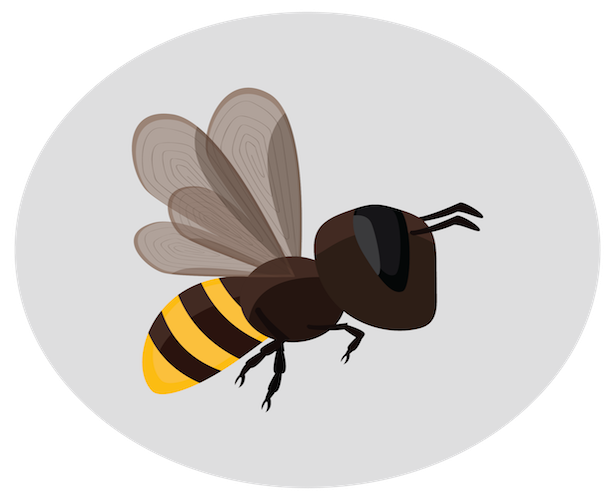 AAs if we didn't have enough to contend with, now we're facing a "murder hornet" invasion—but it's more an invasion of newsfeeds than an actual descending plague of killer insects. Numerous media outlets have carried ominous stories about whether the giant hornets will pillage honeybee hives. It's not an imminent threat throughout North America, but it makes a killer story.

Yet, something has been lost in the media hype: the true threats to honeybees and their Canadian wild cousins, and how we can save them.

Let's dissect the hornet hysteria. The Asian giant hornet got its murderous nickname because it's known to rip the heads off bees with its shark-fin-spiked mandibles. It's the biggest hornet on the planet, three times the size of its honeybee prey. It has a venomous stinger. And like any good supervillain, it flies around in a flashy costume.

The New York Times described it as having "a cartoonishly fierce face featuring teardrop eyes like Spider-Man" and "orange and black stripes that extend down its body like a tiger." Giant, tiger-striped, murderous decapitators with a fierce superhero mask. Wow. I can't wait for the comic book franchise.

The bee-beheaders can take down honeybee hives in a matter of hours. Fortunately, only a few have been spotted in the US and Canada. Last fall, two dead giant hornets were found in Washington state and a "bike" of giant hornets (yes, a group of hornets is sometimes called a "bike") were found near Nanaimo, BC. The BC hornets were promptly dispatched by a daring entomologist.

Since European colonists brought honeybees to North America, they've been domesticated to the point where they have difficulty defending themselves against several dangers, from murderous hornets to varroa destructor mites. They've also been hit with a cocktail of threats, from pesticides—honeybee kryptonite—and habitat loss to climate change and the stress of being imported and exported.

While the fear factor in the hornet story has drawn our attention to hornets and honeybees, most people don't know a honeybee, hornet or wasp from the more than 800 species of wild bees in Canada. These unheralded, essential pollinators continue to fly under the radar because we rarely notice insects, unless they are marvellously lovely, like monarch butterflies, and even those face the risk of extinction.

It's perhaps not surprising then that almost without notice more than one-quarter of all insects have disappeared since 1990. It's a staggering, silent loss.

This is chilling. At least one-third of North America's food supply depends on pollinators. Honeybees pollinate an estimated $15-billion worth of food crops in the US every year, transferring pollen between blossoms, which then produce fruit, nuts and veggies. They're our smallest and arguably most essential livestock. Losing them means losing a lot.

Every epic tale needs a superhero and a solid comeback. The good news: you can be that hero.

Many people are standing up for wild bees, honeybees and other pollinators by planting native wildflowers and other plants in gardens and green patches all over the country. You just need a spade and some seeds. A cape is optional.

Gardening can be the best defence for bees and an antidote to hornet hysteria.

Planting patches of nectar and pollen-rich native wildflowers alone or alongside vegetables and herbs will help feed bees, butterflies and other pollinators, which in turn sustain our harvests.

You can get started now, by finding tips through the David Suzuki Foundation's Bee-bnb project. It offers simple steps to becoming a Bee-bnb superhost, planting wildflowers and sharing your yard or balcony with wild bees and butterflies.

While the "murder hornet" buzz was overblown, it reminds us that ecological threats of invasive species are real. We must remain vigilant. Meanwhile, the media hype reminds us that we can rewrite this story.

I encourage you to focus on the nourishing, joyful ways you can help bees and the other critters that sustain our food webs, by gardening—a heroic act you can do now.