Silence from the Halifax Transit union

Against calls from city council to stand together against racism and discrimination in the workplace, the Amalgamated Transit Union remains quiet. 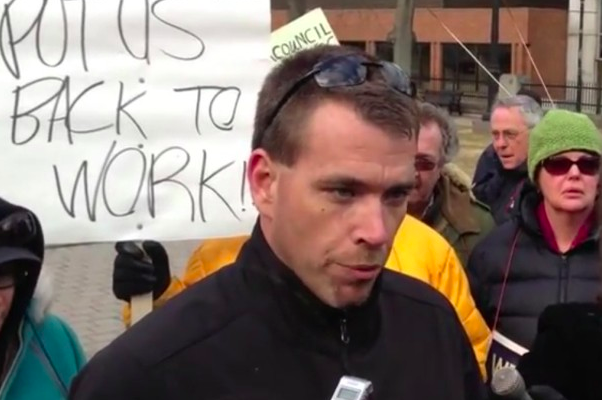 Despite a motion from city hall and explicit media requests, the union that reinstated former Halifax Transit worker Arthur Maddox after he was fired for attempted assault has yet to release a statement in solidarity with members who face racism and discrimination.

Halifax CAO Jacques Dubé has already apologized on behalf of HRM after a Nova Scotia Human Rights board of inquiry found “ample evidence” that a municipal employee was subjected to a “toxic work environment” for decades.

Councillor Tim Outhit says “it’s a step in the right direction,” but “I also believe there are some folks who still need to hear this from their employer, and they need to hear it from their union.”

Two weeks ago, Outhit called for the city, ATU and other HRM unions to “literally stand together” in solidarity with victims of workplace harassment and say “there will be zero tolerance for discrimination in the workplace.”

He suggested Dubé set up a press conference or public statement with support from municipal and union leaders. The CAO didn’t exactly affirm the need for a public conference but did tell council he was planning a “face-to-face” meeting between himself and union leaders to decide the way  forward.

Since then there’s only been silence. The ATU has yet to make any official statement about the human rights decision or respond to the comments from council.

Amalgamated Transit Union president Ken Wilson was at City Hall last month and promised an update from the ATU, but only after council ratified the union’s new collective agreement.

Before the vote, Wilson told The Coast he didn’t think the union’s contract is what kept Maddox employed.

Wilson did not respond to multiple attempts to reach him last week.

Dubé, however, has blamed the ATU’s previous contract for Maddox being rehired after an attempted assault against Black coworker Randy Symonds.

When the case went before the human rights board, the city says it was likewise unable to dismiss Maddox until after the decision came out, a decade later.

Asked if both the union and the city’s hands were tied regarding Maddox, Outhit says, “That’s what we have to try and overcome. We also need to protect the workers that are being bullied or discriminated against, not just the offenders.”

Outhit tells The Coast he doesn’t see any reason why HRM and its unions can’t stand together in solidarity with workers victimized by racism. A public statement would be more than symbolic, he says—it would get across a strong message that the employers and the unions share the objective of creating safe work environments.

“Enough is enough. We can’t work in silos. This is something that’s got to be done, and done together,” she said. “We haven’t heard a fulsome explanation from the union as to what role they may have played in this. The whole membership is owed that.”

Blackburn has at different times served as the vice president, treasurer and shop steward of a broadcast union. She says unions are supposed to defend victims of harassment and discrimination and has challenged the ATU to “take a leadership role and stand for those who can’t stand for themselves...that’s the experience I had.”

The human rights board decision describes numerous harassment complaints which were ignored or dismissed for more than 20 years at Halifax Transit. Two years ago, a leaked Employee Systems Review also found a culture of harassment and discrimination in the municipality’s public works sector.

HRM accepted the findings of the human rights board decision and announced it will create a confidential employee complaint hotline and bring in an external consultant to review the city’s HR practices related to racial discrimination.

The CAO has yet to announce a joint statement with the union but Outhit says, “I will certainly continue to encourage him to do so.”

The ATU’s new collective agreement has not yet been released to the public.