Showing off Commonwealth to the hometown crowd. 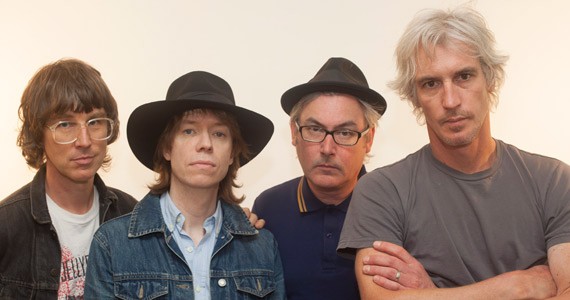 With a 20-plus year career, Canadian indie rock heroes Sloan return for a hometown show at The Marquee March 7 to celebrate, Commonwealth, the band's 11th studio album. "We've been around for so long we could have easily made another Sloan record where everyone contributes another one or two songs," says Jay Ferguson. "We talked about doing solo records over the years, like KISS did in 1978 and 1979."

Comprised of Ferguson, Chris Murphy, Andrew Scott and Patrick Pentland, Sloan has always shared songwriting duties. Over the years, the indie heartthrobs have released an impressive discography, and Commonwealth is essentially a collection of four mini-solo records under the guise of one album.

"I don't think I ever feel bored, I am into our band I am grateful that we've carved out a niche," says Ferguson, "and we still get to make music together."

Currently, Murphy and Ferguson are sifting through the archives, preparing for the 20th anniversary deluxe reissue of One Chord To Another, the band's biggest selling record of all time, for early 2016.