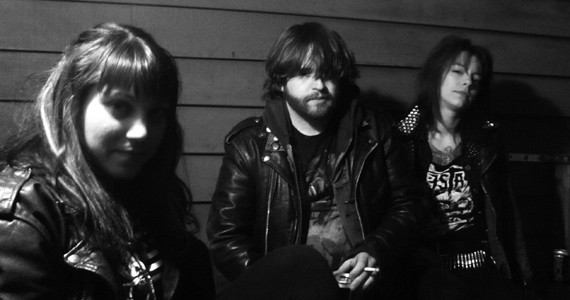 Slumlord was originally a “one-time-only band,” according to Severine Kavanaugh, who learned bass in order to play a show with drummer Tasha Gobeil and husband TJ Kavanaugh at their wedding last summer. However, the trio enjoyed it so much they decided to keep things going. “Anywhere TJ goes, I’m going,” says Gobeil, who also plays with him in Whiskey Bent and Hellbound. Compared to that band, Slumlord is a bit of a different beast; think dirty swamp rock mixed with a touch of thrash, a bit of Motorhead, and a hint of the primal melodies Nick Cave used to write when he was young and strung-out on heroin. They’re in high demand: During our interview, someone calls and asks Gobeil if the band can play a gig for their friend’s birthday---in half an hour. The trio jump cheerily on the bus to a punk house, head down to the basement, play a killer set on borrowed gear, grab some cupcakes and jump back on the bus for home---all before midnight. The party crowd eats it up. “We alienate people while embracing them at the same time,” says TJ. Slumlord’s first album is due out this August.