A decorator-carpenter duo buy a little fixer-upper in Dartmouth and turn it into love nest fit for daydreams. 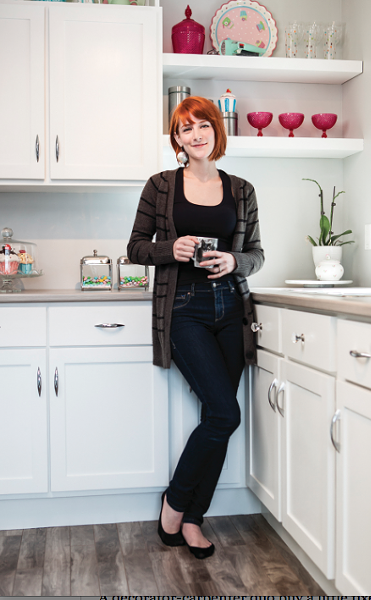 Shay Ingram and her fiance Mathew Dunn are the ultimate first-time homeowner dynamic duo. She's a decorator who spends her days helping people beautify their living spaces at M Home and he tears it up as carpenter, so it's fitting that when the time came for the pair to buy their first home they picked a nearly 60-year-old major fixer upper in Dartmouth.

"It was the ugliest house on the street!" says Ingram of the cozy 700-square-foot home, which hadn't been changed at all since it was originally built. Big believers that luxury is possible even in the smallest of spaces, the pair performed major DIY surgery on the home, completely gutting it and starting fresh from the studs. "I wanted to create a modern cottage with retro touches that hinted at the age of the home. There are a lot of feminine and natural accents," says Ingram. "We kept things streamlined and simple."

By stealing space from a second bedroom, Ingram and Dunn were able to expand the bathroom and build a walk-in closet. By making tough choices about when to splurge and when to scrimp, the duo was able to stay well within its $200,000 budget and make the best use of a very limited space. Ingram's best piece of advice? "Pare down, live simple and accumulate less material goods---they take up valuable space."