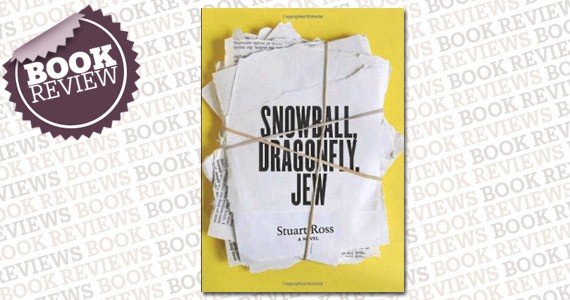 Known for a myriad of literary pursuits (including founding the Toronto Small Press Book Fair) Ross' poetry, essays, publishing and editing work have garnered plenty of international attention. Snowball, Dragonfly, Jew is his first novel and bears many of the earmarks of his other works: keen detail, time/space conflation and unlimited vibrancy. The novel sews together incongruous versions of the protagonist's life: Ben, an aging performance artist from Toronto, recounts and misremembers his possible pasts, each with their own peculiar variations. The vignettes are overfilled with bright ideas and black comedy, restlessly jumping from fact to fable to fond explorations of popular culture. It reads extremely light, despite a nagging suggestion that there is much more at stake than the bubbly prose lets on. Rather than a concise exploration of identity, it's a novel that attaches strings to everything and tangles them into one bold, brilliant mess.