So I guess we're all about to become Hat People

Because let's be honest, none of us are getting a haircut for awhile. 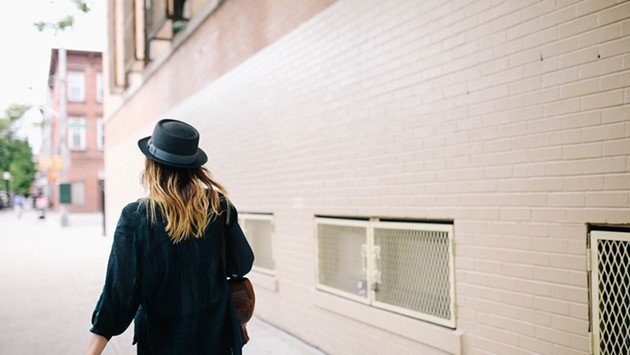 Spring fashion is yet another casualty on the list of things cancelled in 2020. As COVID-19 continues, it can feel particularly frivolous to think about the ways florals can be groundbreaking. That old adage/Reba McEntire song about being all dressed up and, well, you know the rest, rings particularly true. We have entered the age of daytime leggings and nighttime leggings. Of splurging on robes the way we might've once splurged on dresses.

And I mean, it's fine. It's small potatoes next to all the significantly bigger potatoes in this potato bag called life that surrounds us.

But for all those looking for a sartorial silver lining, consider the humble gift that is a hat.

One recent, sunny Saturday when I was standing on the sidewalk, two metres away from strangers, in line to go to my favourite magazine shop, I noticed it: Not a single person on that street was without a hat. Baseball caps, flat caps, even a couple of oversized floppy numbers were all on display. A turn down Spring Garden Road saw many a garden hat getting its grand debut.

I was thinking about how I'd never seen so many hats IRL before—not even at Jazz Fest, where a fedora can really flex. I stopped to make sure my own growing-out undercut (more of an overcut now, tbh) was tucked up inside my own ball cap before putting it all together: We're all dealing with weird roots, grow-outs, greys and split ends. Any of us who worried we might look stupid in a hat are realizing that right now, we might look more stupid without one.

Because really, we're going into week nine of this thing, which means even the most well-put-together of us are now at least over two months out from their last salon visit (woe to those like me who really needed a haircut before all of this began).

So let's just say fuck it. Throw on a hat. Live dangerously—as long as it's two metres away from the rest of us.