So, who did let the dogs out? 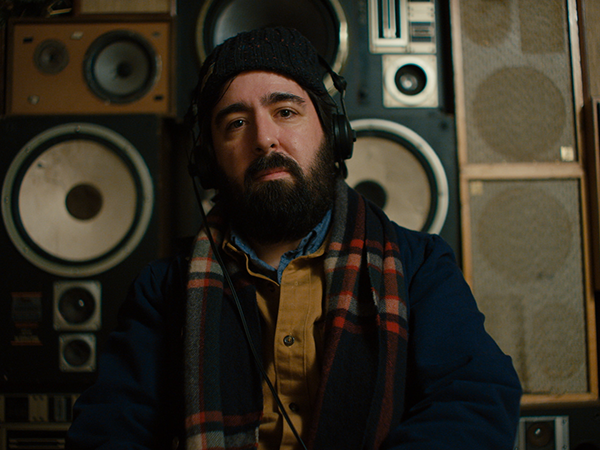 For the amount of time it's been living in our heads rent-free, each and every one of us should have made a documentary about "Who Let the Dogs Out" by now. And yet, it took one obsessive fan of the song to tell this truly bizarre tale.

Who Let the Dogs Out is a documentary about the song of the same title, first popularized by the Baha Men, but—as it turns out—goes much, much deeper than that. Narrator and obsessive fan in question, Ben Sisto, attempts to answer the unanswerable question posed by the song, going down a dizzying rabbit hole of colonialism, high school sports, hairdressing, feminism and more. Screening at the Atlantic Internationsl Film Festival, the doc first premiered at this year's SXSW.

For some inexplicable reason, and god bless him for it, narrator Sisto threw himself into intense research of the song after reading its unsatisfactory Wikipedia entry. On his eight year hunt into its origins, Sisto met many heirs to the throne. From Trinidad to Texas, the search for who first uttered "who let the dogs out? woof, woof, woof, woof" takes audiences on a mini history of copyright law, with pit stops at What Makes a Hit and What is Art.

"Hodgee Films is known for pop culture documentaries," says Aly Kelly, the film's producer. "A mutual friend who contacted us and said, 'you guys like weird stories, I know a friend who's touring bars and giving a presentation about the history behind "Who Let the Dogs Out."' We thought, this is a no brainer." Kelly, who lives in rural Nova Scotia, traveled extensively during the shooting time, gathering various conflicting stories.

"You think you have the story, but then we'd get a cold call. It just kept unfolding on its own in ways that we never expected. We had to stop ourselves at 1986—we had a deadline. At every screening, at every place we toured, we'd say 'if you have any tips let us know.' We had a hotline!"

"Everyone has a connection to the song, people would say 'I remember chanting this in a high school gym' or 'my aunt knew the guy who wrote it,'" says Kelly. "It's worldwide, everyone knows the song."

The first third of the movie tells a tale as old as time, white people exploiting and profiting off the work and creativity of Black people, with a London hitmaker recording his own version of the song bootlegged from a Trinidadian Carnival float. The twists and turns don't stop—a couple Floridian musicians show a Little Caesars bread bag with scrawled lyrics dating well before the first recordings appeared. Then a high school football team from Michigan gets involved. "We didn't know the ending before we started filming," says Kelly. "Every new thing was changing the story a bit, you don't know the end until it appears." It's a roller-coaster worth experiencing, the earworm's on the house.

Music Nova Scotia is giving up to $3,000 away to local artists and music businesses