So, why is everyone watching dystopic films right now?

A bleak sci-fi flick isn't an information source—but if it's your emotional release, you're not alone. 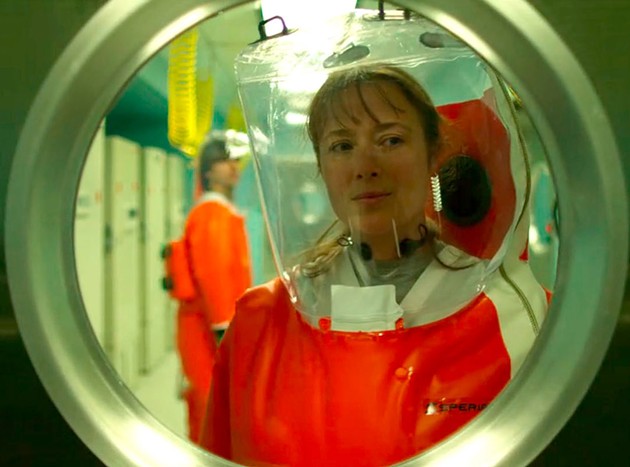 Last week it was reported that Contagion—Steven Soderbergh’s nearly-decade-old drama about a global epidemic—climbed back into the iTunes top 10 movie rental charts.

And the 2011 thriller was not alone. Dustin Hoffman’s largely forgotten 1995 virus-thriller Outbreak has also experienced a surge in streaming popularity on Netflix. Book publishers are even reporting a rise in sales for novels featuring fictional pandemics–such as Dean Koontz’s eerily familiar 1981 bestseller The Eyes of Darkness (which features a plot that revolves around an imaginary virus called “Wuhan-400”).

But, at a time when social media and news outlets are already supplying endless amounts of information (and misinformation) about COVID-19, is it healthy to spend so much free time watching fanciful fiction paralleling the pandemic?

“To the best of my knowledge, there have not been any empirical studies on why people are drawn to dystopian films that resemble their own lives,” says Kathryn Bell, assistant professor of psychology at Acadia University and registered psychologist, in a recent email.

She explains there have been theories that people may be drawn to horror films in order to experience a particular type of emotion or enjoyment, by associating with the physical arousal stirred by a film’s content or from the sense of euphoria experienced in the content’s resolution. “People may also experience enjoyment from watching the threat be overcome by the end of the film,” says Bell.

“Furthermore, it’s possible that people seek out knowledge and information about disease outbreaks, through various media sources, in order to cope with their own fears about the disease.” It’s with caution that moviegoers should approach this information however. After all, it’s important to remember, realistic as they are, films like Contagion are still only fiction.

“(They) are written for entertainment purposes,” says Bell. “Therefore, they are at risk of sensationalizing real disease outbreaks and may overestimate the likelihood and severity of threat, which could lead to increased anxiety and over-utilization of medical resources at a time when there is already an increased demand on these medical resources.”

Instead, Bell insists that people should seek escapism in other ways and obtain information and updates about the coronavirus from trusted media sources and public health officials such as the World Health Organization or Nova Scotia’s chief public health officer, Robert Strang. The minds creating this content would most certainly agree with Bell. Filmmaker Mick Garris (who directed a 1994 miniseries adaptation of Stephen King’s “The Stand”) is quick to point out there’s a “big difference” between COVID-19 and the extremely heightened plotline of his show’s imaginary plague that wipes out most of the world’s population.


He told the Washington Post that audiences should instead adopt certain lessons from our reactions to global threats in such dystopian fiction: the “panic-buying, the greed, the disregard for fellow man.” If nothing else, he states, these lessons are the ones “worth learning over again.”