So you think you can lead the NDP?

It hasn’t been an easy road for Nova Scotia’s NDP. They went from forming the first NDP government in the Atlantic provinces in 2009, to collapsing in 2013, to a six-member caucus and third-place status behind the governing Grits and official opposition Conservatives last year. This weekend New Democrats will gather in Dartmouth to select a replacement for interim leader Maureen MacDonald. She took over the party from ex-premier Darrell Dexter after the Liberals won the 2013 election. Leadership hopefuls Gary Burrill, a former MLA, and MLAs Dave Wilson and Lenore Zann have been busy building campaign platforms, drumming up support and preparing speeches.

Gary Burrill: The utter inadequacy of income for very considerable numbers of our people. And related to that, the tremendous growing gap between the incomes of those who are very well off and the majority of the people in the province. You can’t build a coherent society in a province like ours on the basis of that kind of division. At the same time, in our little province, we have 20,000 people at the moment being fed from food banks.
Dave Wilson: Definitely the opportunity for Nova Scotians, especially our young people, to make a living and make a go at it here in the province. Jobs and education go hand in hand, and when individuals in Nova Scotia get the education they need and get the job they need to remain in the province, it’s extremely important. We need to make sure that we do everything we can to retain our young people.
Lenore Zann: I’d like to say the economy—that’s pretty obvious—but it’s also about our attitude about the economy, and Nova Scotians’ ability to thrive in the face of great challenges. I just get so tired of hearing people say how poor we are and how we have nothing here. We’re a rich province, full of talent and creativity and all kinds of incredible people. I believe in Nova Scotia—it’s full of potential.

The former NDP government’s defeat in the 2013 election was a bitter pill for New Democrats to swallow. How would you describe the current state of your party’s rebuilding effort?

Burrill: I think it’s important to be precise in what we mean. There are different senses of the word. We’re in a rebuilding period more in the sense of the word as it’s used in construction. We’re in a kind of a wall-by-wall, room-by-room rebuilding of our project—that is to say the rebuilding of our mission and of our vision.
Wilson: We have a small, but mighty, caucus who’ve been working very hard to make sure that Nova Scotians recognize that they can turn to our party to be a voice, to advocate for them and to hold the government to account. I see more and more individuals, organization and societies turning to us to fill that role. I hope that’s the start of renewal of our party, and support for our party as we move forward to the next election.
Zann: In 2013, there was a lot of disillusionment, a lot of disappointment and a lot of our base felt the then-government had not behaved in a fashion that was social democratic enough. So it was very difficult at that time. Now, I find that people are starting to get excited about the leadership, they’re starting to get excited that there is hope for a new way forward for our party and that we definitely want to take it back to a very strong social democratic path. 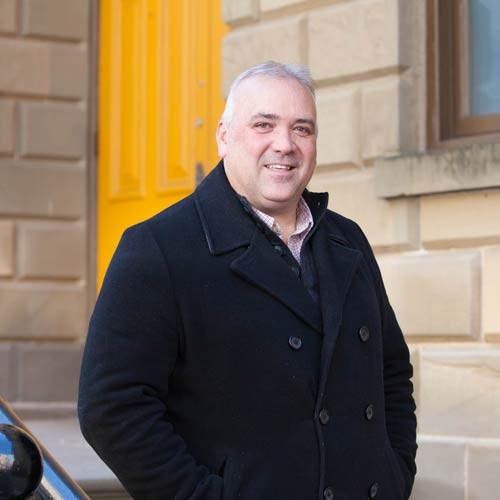 Who are your political heroes or heroines?

Burrill: The greatest Nova Scotian was J.B. [James Bryson] McLachlan—the leader of the mineworkers’ struggles in industrial Cape Breton in the first half of the 20th century. He always, in his union work, moved forward on the basis of a clear vision on how the world could become fairer and how it needed to be reorganized, and gave voice to this in speaking and writing.
Wilson: I think definitely Tommy Douglas, number one, has made an impact on my life. That’s what drew me to our party, as a paramedic, realizing that I didn’t have to look for a person’s health care insurance card, or money, when I treated patients as a paramedic. And John Holm, who was my predecessor and worked really hard to grow our party.
Zann: Alexa McDonough is my hero. She’s also my mentor. When I was a young woman, I was acting at the Neptune Theatre and Alexa, on International Women’s Day, invited me to come to the legislature for the first time. At that time, she was the only woman and the only NDP MLA in government. I sat up in the gallery, and I couldn’t believe what I saw. Here was this little woman speaking out with such passion and such eloquence, and all of the men that were around her were busy and preoccupied with making paper airplanes.

Why did you enter politics in the first place?

Burrill: I first ran 10 years ago. I had been the community minister in the communities in the upper end of the Musquodoboit Valley for over 15 years at that time. It seemed to me, as it seems to me now, that the interests of the people of rural working class communities require the vision of the NDP. I wished to do my part. It seemed to me that if the NDP were going to be able to form a government in Nova Scotia, we would have to carry some seats where we had never been in contention before.
Wilson: I wanted to make sure that front-line health care workers, especially paramedics, had a voice in the legislature. I joined the party after the 1999 strike by paramedics. I ended up heading down to the legislature, and remember sitting in the gallery listening to our leader at the time, Robert Chisholm, give a speech that I believe was one of his best. I really got from that that he understood the issues that paramedics were facing at the time, and thought this is a party that really cares about me as a medic. I joined the party the very next day.
Zann: As an actor, most of the time you have to regurgitate the lines that somebody else has written for you. You feel you don’t have much power over what you say and what you do. And I was really just hiding behind the mask of characters (that were portrayed), rather than being myself and speaking from my own heart about who I am and what I believe in and about what I’d like to see changed in society. The next step was to actually step up to the plate and go into politics.


In general, Nova Scotia is a status quo place—many people are slow to embrace or respond to change here. Can that attitude be altered, so the province might benefit? Burrill: This stereotype of reticence to adapt new models in Nova Scotia does not accord with my experience at all. My experience over the last two-and-a-half decades is when there is a good idea presented to the people and when there is a consensus around that idea, the capacity to bring the idea forward is tremendous.
Wilson: I believe so. The Ivany report did touch on that, and that’s something that has maybe hindered our ability to move forward and grow as a province. But I do feel over the last couple years a change, and a shift. People are willing to accept that report and change their attitude and view on how do we move forward as a province. I’m optimistic that we will see a bright future in Nova Scotia.
Zann: This current government—Mr. McNeil’s—keeps talking about how the status quo has to change. And he said that in response to why he was gutting the film and television tax credit. I think Nova Scotians are ready for change. I think they’ve been disappointed that each time they tried to get change, that the people who come in power just basically do the same thing over and over and over again.