So you want to own a hedgehog?

These pointy pets are cute as hell, but not everyone knows about their challenges. 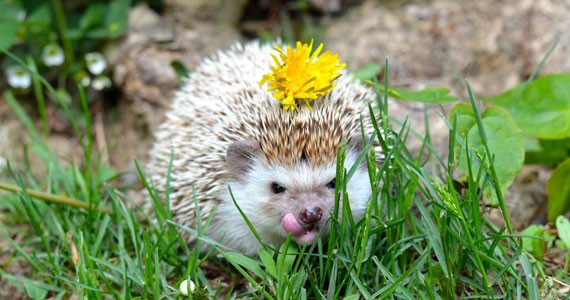 Hedgehogs are some of the most Instagram-worthy animals out there. Their adorably small size—weighing about 250 grams and the size of a fist on average—and expressive faces are enough to melt your heart. The popularity of these pointy pets is skyrocketing, which may also be due to the fact that they're relatively easy to care for and hypo-allergenic.

Hannah Bennett is a Halifax hog enthusiast—a past owner of two hedgies now onto her third.

Her newest baby, named Katie, is a two-month-old chocolate-chip snowflake hedgehog (one of the 90 possible colours to choose from).

Bennett says she likes human names for her pets. "If you're just hanging out with your hedgehog and don't feel like doing anything, you just say, 'I have plans with Katie.'"

Bennett paid $250 for her hedgie, which she got from a local breeder called Hedgehog Lodge. She says that price is average, and is the same amount she paid for her first hog from a pet store.

Hedgehogs are actually a lot like cats: They hiss, purr and use a litter box. They are similar to hamsters too, in that they need a wheel to run on as they are both hyper and obesity prone. Hedgehogs need a pen, but also a lot of room to run around, so Bennett keeps Katie in a rabbit-sized cage. When she's not taking her little pal out on the town, that is.

"I like to take her out on adventures, and I like to bring her to meet new people. They're so cute, and I've noticed that they make people's day," she says.

Although these pets are fairly easy to care for compared to other domestic animals, owners still need to do a lot of research to get the basics of hedgehog care right. Otherwise, your hog will be a grumpy asshole, or get sick...or both.

Elizabeth Mackay is the breeder Bennett bought her newest hedgie from. Mackay got into the business originally as a rescuer—she says too many people buy these pets purely because of their cuteness and popularity, but don't take the time to properly research their needs.

Too often, this results in people wanting to sell or give away their hogs after a brief few weeks.

There's a period in a hedgehog's life called quilling, when the little guys shed their baby quills, and begin to grow their adult ones at a few months of age.

"They get really cranky, because they're uncomfortable," says Mackay.

A lot of people don't know this, and so they think the hedgehog hates them. That's when things can go downhill, because that is a critical age for these animals.

"If they're not getting handled properly during that period, your screwed," says Mackay. "It's going to be a cranky animal."

Another widely unknown fact is that hedgehogs need to stay warm, otherwise they will attempt go into hibernation, making them not only unfriendly, but also lowering their immune system. A heat emitter should be used to prevent this. 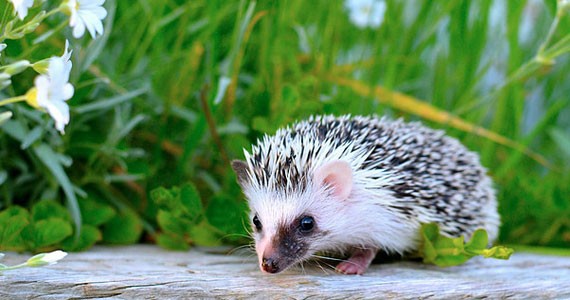 Mackay partially blames the internet for hedgehog misconceptions—she thinks people are led to believe the pets are instantly loveable.

"When you go on Pinterest or YouTube, these hedgehogs are socialized. These owners worked for this," she says. "It's important that people have a wake-up call for what happens when animals become almost too popular."

Bennett agrees that the first few months of owning a hedgehog are critical, and are also the most difficult for the owner. "It's very hard, and you want to give up," she says. Luckily, Bennett did her research, and inherited knowledge from Mackay.

Both of these hedgehog lovers hope prospective owners will do more to prepare for the tribulations of caring for these animals. 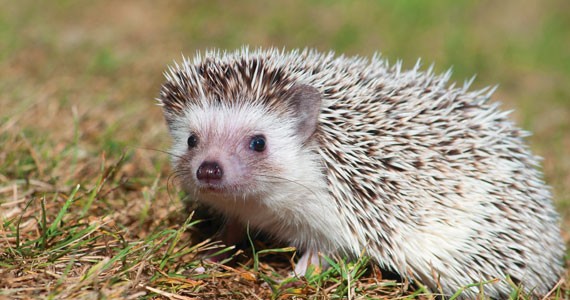