The model, runway coach and founder of Soli Productions is changing the fashion industry, one show at a time. 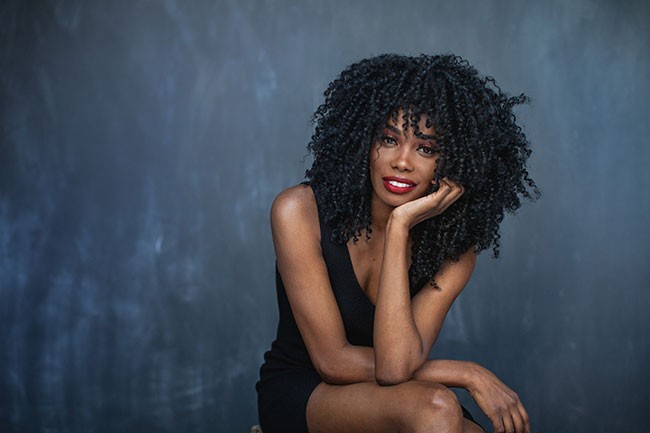 “ When I first moved here I didn’t think the Black girls were into this,” says model, runway coach and humble changemaker Solitha Shortte. “I’m as well, so I’m not only Black but I’m foreign. I come with a different flavour, and I wasn’t seeing any of that. The first girl I saw was from Africa—so it was her, or me. They’d say ‘Send me beautiful girls for this project,’ I’d show up and I’d see that they weren’t expecting me.”

It was the power of Naomi Campbell that compelled a teenaged Shortte, living in Saint Vincent and The Grenadines, to model. The authoritative walk, the commanding presence—she wanted to emulate her every move. “For a little girl on the island, she was on TV and I didn’t see much people like me on TV anyway, but to see her walk the runway and just take the breath away—and then the clothes?” say says. “I fell hard.”

Shortte did mostly unpaid modelling work in the Caribbean, but when she moved to Halifax for university about a decade ago, her pursuits in fashion got real. She scored auditions in Montreal and got offers to move to Toronto and Vancouver but, determined to finish her degree, stuck it out here, working with Cassidy Models, slaying local runways and eventually helping to coach new talent—prepping them for the sometimes harsh realities of the industry.

And she was damn good at it.

“Somebody took the time to work with me and bring out from the shy introvert this extroverted little spitfire. That’s hopefully what I give them,” she says. “It’s building their self-esteem up so they can move onto the next. It’s bringing out that confidence that my beauty isn’t determined by somebody else, it’s not validated by somebody else.”

That love of helping people see their inner beauty and a thirst for a more lively local fashion scene sparked something in her. In 2015 she levelled up by launching Soli Productions. Armed with a marketing degree—Shortte works for a non-profit by day—and first-hand modelling expertise, she started producing fundraiser fashion shows around town and building a squad of models to mentor and train.
“I made it a point, if I’m doing this, I’m doing it right and I want all people." tweet this

“I wanted diversity, I wanted to send models that the agents weren’t looking at here. They weren’t picking them, but I wanted to send them ready and prepared so they had no reason to not take them if they came,” she says of her roster, which has already grown to 20. “I made it a if I’m doing this, I’m doing it right and I want all people. I don’t want to exclude the beautiful blondes. I’m here for everybody. If you can work it, I’m your coach.”

Next month, she’ll produce her first non-charity runway show, Moments In Culture, a collaboration with Duane Jones of Art Pays Me, the conversation starting streetwear inspired by creativity and social change. The Soli Productions event will turn Paul O’Regan Hall at Halifax Central Library into a runway, and Shortte will be running it.

“There are a lot of amazing designers around, you just don’t see them. That’s what I want to do with the company is the new designers put on a show, even a small showcase,” she says. “Bring your vision to life so other people can see it. It’s like, the silence is killing me!”

Her vision for Moments In Culture is one that elevates the simplicity of the t-shirt line without competing with its messages. She’s been working with alternative materials and fabrics, raiding the hardware store for unexpected details. And of her cast of models, a group that she hopes will help industry folks think outside of the box, will take centre-stage, changing the narrative with every step they take.

“A designer should be able to have a plus size and a double-zero on the runway. If you walk out on the street, that’s what you see! You see me, you see you sitting here—we’re not the same. We don’t look the same,” says Shortte. “I try to make it that you’re not my token anything. You’re here because you’re beautiful. There should be room for all of us.”