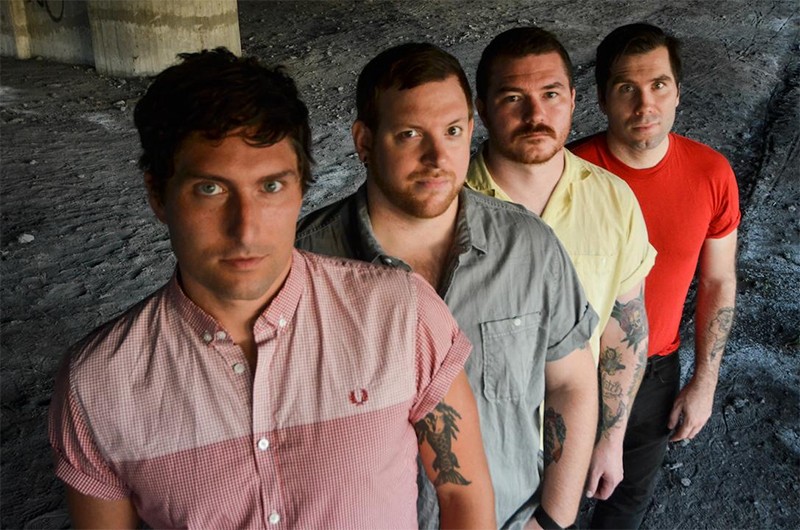 Sonic Avenues, Montreal’s longtime punk squad, return to the stage following the release of their fourth album Disconnector. In an effort to evolve their garage sound, this new record brings a new take on the band’s signature “fast, noisy, fuzzed-out sing-alongs.”

In advance of Sonic Ave’s Halifax tour stop this Saturday, we caught up with singer/songwriter/guitarist Maxime Desharnais. He says Disconnector marked a conscious decision to change up the group’s sound.

“We’re an old band,” he laughs, trying to convert the band’s 10 years of age into cat years, settling upon that the resolution that they are, indeed, old. “We wanted to do something to keep our interest in place, you know? Like, I could rewrite the same record over and over, but there’s no fun in that.”

The result is a record that’s still punk at heart, but features a cleaner, slower sound than Sonic Avenues’ albums past. “We were trying to push the envelope a bit further on this one,” says Desharnais, pointing to the deliberate contrasts within single tracks, creating a sound that is quiet one second, and upbeat the next.

Disconnector also marks a thematic change for the band; in this album they exploring themes of self-control, human potential and its annihilation, future and destiny, and abandonment. “It just morphed into this without me deciding what I was going to talk about lyrically,” says Desharnais. He welcomes the breath of fresh air—a shift from writing about love.

Although the songwriter struggles to pick a favourite track, he settles on Forgetting The Sound of My Mind. It’s one he says would never have made it onto the band’s past albums—a track therefore representative of the album’s ambition as a whole.