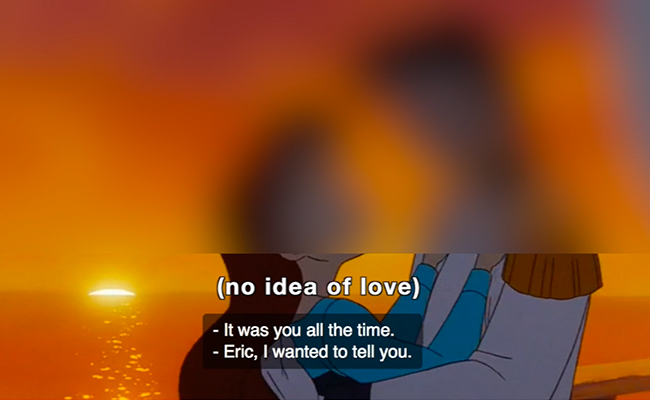 From drawings incorporating America Sign Language to unconventional choirs, Christine Sun-Kim is not shy when it comes to working with sound. But being born deaf, the Berlin-based artist believed for a long time that sound wasn't a part of her life.

"I realize now that that wasn't the case at all," says Sun-Kim with the help of an ASL interpreter during her 2015 TED talk. Instead, she came to understand sound by watching how hearing people responded to it, realizing that she herself was a producer of sound and was pressured to conform to certain niceties of the hearing world. Sun-Kim terms this "sound etiquette," with such rules as "don't slam the door," "don't burp" and "don't scrape your utensils on the plate."

The current exhibition at the Khyber borrows Sun-Kim's term for its title and features her video Close Readings, as well as works by Sonia Boyce MBE and Benny Nemerofsky Ramsay. The show is presented by the Centre for Art Tapes and curated by Amanda Shore, who writes that the exhibition "launches from this idea of sound etiquette and looks at three different artists that use language, poetry, babble, song, closed captioning, a number of different strategies, in order to unravel the boundaries around language and test what language has to be."

Shore was determined to centre deaf viewership in her curatorial strategies. This included hiring an ASL interpreter for her curator's tour on April 2 (at 1pm), providing descriptive aids for sonic works and closed-captioning one of the pieces, Exquisite Cacophony by Sonia Boyce. "It's very, very verbal," says Shore of the piece, which features a poetry slam between a southern rapper and an experimental vocalist, and she believed that closed captioning would be essential. She recognizes the tension this creates, however, in relation to Sun-Kim's piece, which playfully problematizes hearing people creating closed captioning for deaf audiences.

The exhibition follows shortly after the CFAT media arts scholarship presentation, where scholarship recipient Jeighk Koyote exhibited their piece "The Yellow Leaves." Koyote invited guests to either listen to an audio piece or to view a silent film, with the intention of facilitating discussion between viewers and listeners afterwards.

"From the beginning, it felt really important to me to have it accessible to the deaf community and the blind community" says Koyote, "but also to bring a lot of attention to hearing and sighted people what an environmental restriction feels like."

"It makes so much sense for CFAT, as a media arts centre—all of the work that comes out of CFAT is video and sound, to be thinking about deaf and blind audiences," says Shore. "It's a really natural progression that a couple projects in a row have naturally started to do this." Both Koyote and Shore stress that more consultation with the deaf community is needed, but Shore hopes this can be "sort of a launch pad" for future programming.