celebrates with a weekend of free workshops 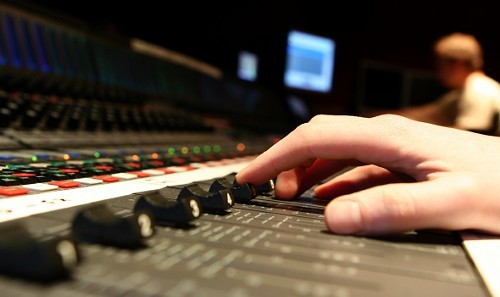 Soundmarket Studios — formerly located on Quinpool Road beneath the Buckley’s music store — has now moved north to new digs at 6050 Almon St. The studio’s team of engineers have chosen to unveil their shiny n’ pretty new studio in a rather interesting fashion: They’re hosting a series of free workshops on Saturday and Sunday dealing with recording and music how-tos. Sessions range from Ableton Live tutorials to presentations on music mastering and marketing. There will also be a gear swap table and snacky snacks.

Rob Corrigan—who co-owns the studios along with Terry Pulliam—-says these workshops are important. “They will reach out to the home recording community, to whom we feel we have a lot to offer,” he says. “We really want our studio to be seen as a place of education and guidance, not just as an alternative to recording at home on your computer or laptop.” The full schedule of events begins at 1pm on Saturday and runs throughout the weekend (you can check it out below) but we’re particularly interested in Saturday’s 5:30pm Pro Tools workshop, where you can watch Corrigan record a band live in studio while he explains the ins and outs of his process. Pretty darned cool. If you’re interested in attending any of the workshops, message the Soundmarket folks at their page on Facebook or email info@soundmarket.ca. You can also swing by between workshops to chat with staff.

1:00 Doors open. Studio Tour. “Meet & Greet”. Gear “Swap Tables” up and running! Also, get your guitar properly set-up/intonated FOR FREE.
2:00 DOING HOME RECORDING RIGHT!
Producer/engineer Terry Pulliam and rising talent, Mike Hearn, lead us through the most essential basics of home recording. They review microphone types and proper usage, proper gain-staging (“LEVELS,” people!), and the down in the dirt basics that make your home recordings shine!
3:00 ADVANCED AUDIO TECHNIQUES
Dwight D’Eon of SPECTRUM MASTERING leads us through some of the more fascinating “cutting edge” approaches to modern music creation. “Drum replacement”, advanced editing, and making your mix competitive through “Mastering” are just some of the topics he’ll cover. By the way, send us your best mix and Dwight might choose to show you just what an improvement “Mastering” makes!
4:00 MODERN MUSIC MARKETING
JOSH HOGAN & HASSAN KING from Red Tentacle Music Solutions explore some promising options for bands in the “Age of Free Downloads”. Where some people see only obstacles and challenges, others see brand new opportunities for making a living doing what they love! Hear some of Josh and Hassan’s solutions and take part in the “Q & A” afterward.
5:30 RECORDING MUSIC WITH PRO TOOLS
Rob Corrigan of SoundMarket Recording will be recording a full band while you watch! (Band TBA. Watch this space!) He’ll be giving tips on mic placement, signal routing and production approaches in his inimitable style! Robert’s recent work includes new releases from Lennie Gallant, Last Call Chernobyl, and Orchid’s Curse; all three of which were nominated for ECMA’s!

Sunday June 5th
1:00 Doors open. Studio Tour. “Meet & Greet”. Gear Swap Tables up and running!
2:00 GETTING CREATIVE WITH MELODYNE
Join local player, producer and regional rep for TASCAM and Music Marketing, CHRIS IANNETTI as he takes you through the amazing features of this “game changing” software. Sure it can “AutoTune”, but watch as Melodyne actually allows you to change the notes of a melody after its recorded, change a wrong note within a chord, even convert a recorded track into MIDI output. Want to sing your next piano solo anyone?
4:00 ABLETON LIVE & Electronic Music Production

James Arsenault (the WAX, Slumbercat, Broadcaster) is a young musician and producer based out of Halifax. He will be doing an introductory seminar on the basics of electronic music production using Ableton Live. This demonstration is geared towards people interested in understanding the principal building blocks of EDM such as drum and beat sequencing, subtractive synthesis, and sample manipulation.
5:30 MIXING MUSIC with PRO TOOLS
Rob Corrigan of SoundMarket Recording will be demonstrating basic and advanced music mixing strategies as he works on the music recorded during Saturday night’s public session.