Just over a year after launching its unfiltered product, the curious, creative cidery debuts its taproom. 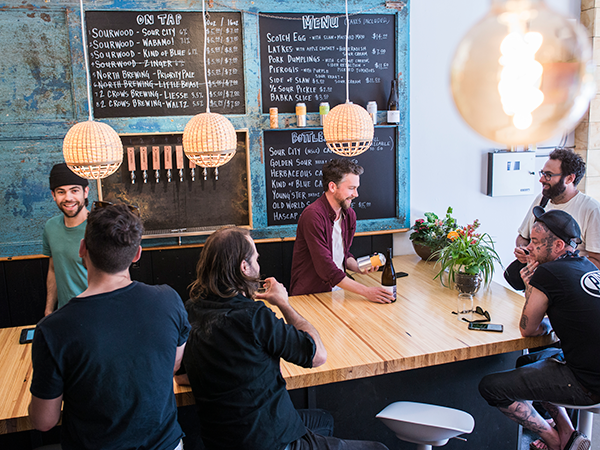 Jake Foley is a musician, carpenter and violin-maker who pursues hobbies for the sake of romance and curiosity. The first time he tried his hand at making cider, he enlisted a group of friends to help him pick red-fleshed crab apples that he smashed, pressed and fermented. For several years, cider remained one of his various back-burner hobbies—something to nerd out about every now and again.

But when violin making became a bit lonely, Foley started contemplating what he really wanted to do with his career. "It was around the time that the craft beer scene was taking off," he says. Foley realized that while craft beer was becoming increasingly competitive, there was still a lot of room to grow and experiment with cider. So he dove in head first and started crafting raw, unpasteurized cider chock-full of the apple's original flavours and characteristics, which he dubs "funk." In unfiltered cider, the yeast isn't removed. Instead, it feeds on sugar to create CO2, which can result in a soft layer of sediment at the bottom of the can or bottle. 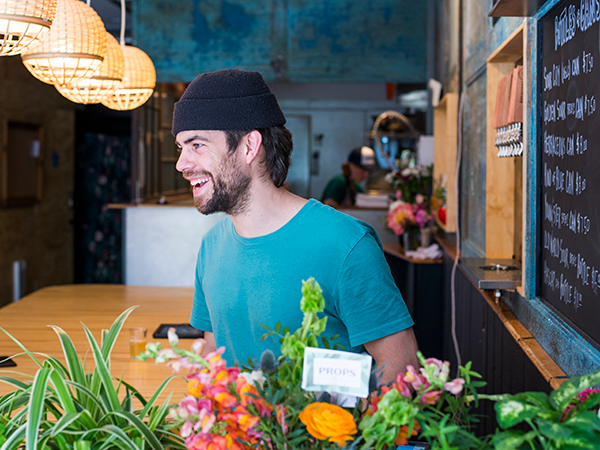 Foley's cider hobby turned into an obsession, which turned into a small business. The romance of making cider wasn't lost on him, but he found that he was driven by more than pure curiosity. "I wanted to be a good employer, I wanted to run a successful business and I wanted to provide a really cool product," he says.

Sourwood Cider started as a small production facility on Almon Street that sold cider at local farmers' markets. Before long, Foley moved to a larger production facility in Bayers Lake, and began searching for a storefront location that Sourwood could call home. When the building that housed Octopi Computers at 5576 Cornwallis Street went up for rent, he knew he had found Sourwood's new public space. After signing the lease last summer, Foley and his team have been slowly picking away at the construction and renovation work. Sourwood Cider celebrated its soft open last Friday.

The space is populated with a bounty of reclaimed building materials and furniture from Kijiji.

"It's hilarious," Foley says. "We were just trying to be creative, make a unique space and keep things out of the landfill."

The bartops, cafe tables and a bench are all made out of Douglas fir sourced from the old Dalplex's bleacher boards. It's most noticeable in the bench, with the planks of wood still retaining their black bleacher numbers. Foley saved two teal doors from his old Almon Street location, which he turned on their sides and hung above the bar. Their glass windows have been swapped out for blackboards that showcase the food and drink menus.

Sourwood Cider has Eastern European-inspired food offerings, which include sauerkraut, dumplings and pierogies. There are four taps dedicated to housemade ciders and four taps for rotating ciders and craft beers.

Foley's flagship, Sour City, can now be found at the NSLC. But his other brews—like Herbaceous, a barrel-aged sour; Golden Sour, a chaga-infused cider and Kind of Blue, a blueberry cider—can be found at Sourwood, the Halifax Brewery Farmers' Market and several other local providers.

In a couple of weeks, Foley will release his newest addition: Dirty Rosé, a cider fermented with 500 pounds of Pinot Noir must from Benjamin Bridge.

To maximize the sunlight, Sourwood has a garage door with floor-to-ceiling windows that can be rolled open on hot summer days. When the music is on and the door is open, Foley says people can't help but poke their heads in. This summer, he plans to liven up the space with music—perhaps a monthly bluegrass band or a "chill DJ" or, who knows, maybe even himself.