South Park YMCA set to close in May

The new YMCA Centre for Community will open in 2017 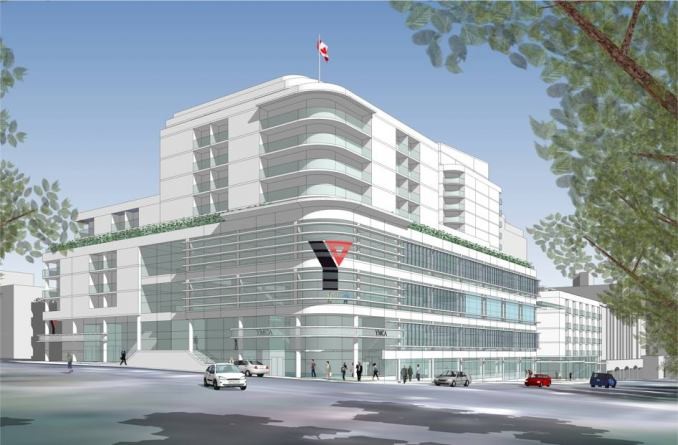 We all knew this was coming, but for some reason it still feels shocking—the South Park facility of the YMCA will be closing its doors permanently as of May 30.

The aging 1564 South Park Street has been home to the Y for 60 years, growing an engaged community of regulars (disclosure, myself included) along the way. While this closure isn't a new development— it's the beginning of the new YMCA Centre of Community which will be built at the corner of Sackville and South Park, the current home of CBC—it will leave a three-year-gap for Halifax YMCA members, with the new facility slated to open in 2017. The YMCA's childcare centre will continue to run though, moving its homebase to the Saint Thomas Aquinas Church Community Building (6350 Cornwall Street, on the corner of Oxford Street).

The YMCA continues to work through negotiations with a selected development partner that will allow us to build a new 70,000-square-foot YMCA Centre of Community on the corner of South Park and Sackville Streets. In spite of the time these negotiations are taking, we remain extremely encouraged with the progress to date and the commitment of the various parties involved. As soon as information is available regarding the successful development partner, we will make a public announcement.

As we move forward with plans to build a new YMCA Centre of Community, the South Park YMCA facility will close on May 30, 2014. Based on the state of the aging infrastructure of this facility, it can no longer serve the interests and needs of the community. It is extremely important to us to provide our employees, members, volunteers and child care families with as much notice as possible so they can make future plans and we can provide support to them through this transition.

Here's a handy link that addresses member questions and concerns.

CLICK HERE for our expanded feature on the YMCA's closing.