This summer brings Dartmouth Spindrift Brewing Company, an unconventional brewery with Kellye Robertson at its helm. 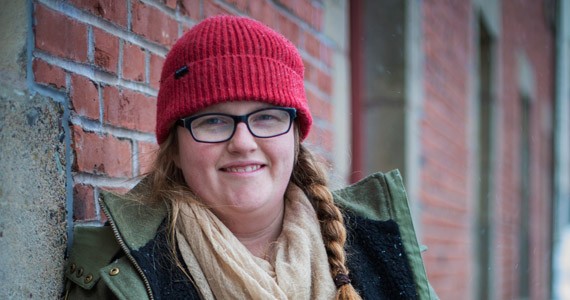 Partners Andrew Bell and Andy Armstrong are tight-lipped, yet eager to share. "This has been in the works for four or five years," says Bell. While recipes haven't been finalized, he hints that we should prepare for the unknown.

"We don't want to simply come out and do what everybody else is doing," he says. "We want to provide something that is not necessarily in the market—and if it is, it's not necessarily front and centre."

And who better than Kellye Robertson (you know her from Garrison) to helm the unconventional brewery, as brewmaster? "We think it's a wonderful situation for her and us," says Bell. "She's done some unique beers in the past. We're not gonna brew your standard golden ale."

"She's a very grounded individual who has a passion for beer. We share that passion," says Bell, who hails from Newfoundland and for whom Spindrift represents a return to his family's roots.

"My grandfather was in the beer business in the '50s and '60s," he explains, referring to Newfoundland's Bavarian Brewing Co. "This has been something that's long been a dream of ours."

But "this is not about us," Bell demurs. "This is about a brewing company born on the east coast." It all goes back to the name. Spindrift "is the back spray of a wave or of even snow. We just think it speaks to...living on the coast," he says. "We don't live in calm waters. Atlantic Canada is a place where the wind blows in all directions at once.