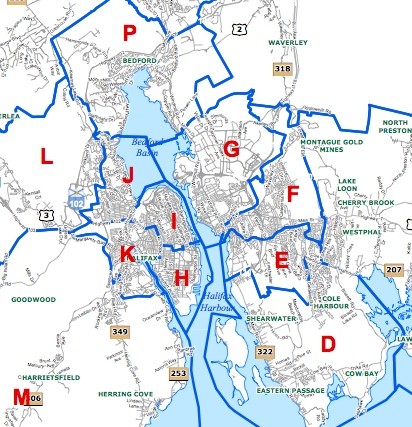 City staff is recommending that council adopt new electoral districts, modelled on those presented as "Scenario #1" to the public, but with revisions that have never been discussed publicly. See the full staff report here (very large PDF).

Readers will recall that the Utility and Review Board ordered council to reduce the number of council districts from 23 to 16. City staff then produced two different proposals for discussion, Scenario 1 and Scenario 2. I discussed these in some detail here. Staff then conducted a series of public meetings and two surveys for public input, then went off and drew up the present proposal.

My very quick review of the recommendation follows after the jump, but this is an immensely complicated proposal, and so I strongly urge readers to drill down into the maps and give their own opinions in the comments. I also want to reiterate that this is an extremely short timeline: staff is making the proposal public at 5pm on a Friday, with council voting Tuesday. There's no way the maps can be adequately processed and discussed before Monday, which is the latest people can contact their councillors for feedback.

Now, to the details. First, urban representation has been slashed considerably, with peninsular Halifax districts going from four of 23, or 17 percent of the districts, to two of 16, or 12.5 percent of the districts. If you expand "urban" to include Fairview and Dartmouth Central, representation goes from the current 30 percent to a proposed 19 percent. In some circles, reducing the number of councillors was sold as a way to increase the voice of urban councillors lost in a sea of suburban councillors, but that was clearly a bogus argument from the start; there was never any hope that urban representation would increase through cutting the number of councillors, and this proposal demonstrates that fact.

As for the peninsular districts, there are two in the proposal: one north, one south. Councillors Jennifer Watts and Dawn Sloane reside within the northern district, presenting an interesting electoral line-up. (Jerry Blumenthal also lives in the new district, but he has announced he won't be seeking reelection.) Sue Uteck is the only sitting councillor living in the proposed southern district.

In terms of "revisions," the biggest and most profound changes from the Scenario 1 shown to the public and the proposal made public today are in Dartmouth. Scenario 1 had three Dartmouth districts: one roughly north of Lake Banook and Lake MicMac, stretching from the harbour out to beyond Burnside; a second middle district streching south to Portland Street and up along Mount Edward Road, going east to a thin wedge to the harbour and west to the Highway 107 extension; and a third district to the south, also stretching from the harbour to Forest Hill Parkway and Caldonia Road. The "revision," however, ditches that arrangement entirely. There's now a compact central district long the harbour, north to Woodland Avenue and with a eastern and southern boundary of the Circumferential Highway; a northern district now takes in the areas north of Woodland and Burnside, but then also stretches down east of the highway all the way to Main Street; the southern district then finishes the wrap around the central district.

The Dartmouth arrangement is odd. It splits the the Woodlawn area off of Main Street, which seems like a cohesive neighbourhood to me, and places it with Burnside, clear across town. This was a major sticking point some years ago at a previous UARB hearing, and it's doubtful the neighbourhood will accept the arrangement without a fight. That said, the new arrangement does make more sense for my neighbourhood in downtown Dartmouth. Still, it's a hell of a change to be pulling on people with no opportunity for feedback.

In terms of geographical changes, the biggest alterations from the Scenario 1 shown to the public and the proposal made public today are out in the rural areas. Scenario 1 had placed the Old Guysborough Road in a Fall River district; the revision puts it back in an Eastern Shore district that Steve Streatch now represents. That additional population is balanced by slicing the Seaforth/Grand Desert area off the Eastern Shore district and putting it in a Prestons district.

The change in the Fall River district solved one of the messier problems with Scenario 1. Scenario 1 had a Sackville district stretching all the way from Bedford to the Hants County line, with a population 31 percent greater than the average---generally speaking, the UARB frowns on any population variance between districts greater than 10 percent. The revision solves this problem by lopping off Upper Sackville and placing it together with Fall River.

Otherwise, the Scenario 1 lines look to have been mostly kept, with some tweaking between the Tantallon and Prospect districts in the area around Peggys Cove. I'm still making my way through the documents, so I welcome your comments and observations.