Pacino, Walken and Arkin are a melancholy bunch 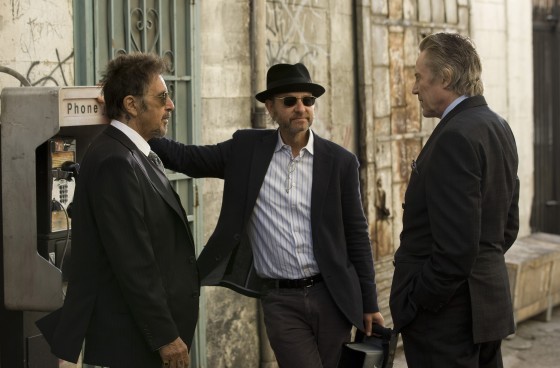 After serving a 28-year stint, Al Pacino's low-level criminal gets paroled and picked up by now equally elderly best friend Christopher Walken. Together with old getaway driver Alan Arkin, the three spend an evening on the town visiting brothels, flirting with waitresses and snorting crushed up prescription pills. It's a sad, pathetic party in the melancholy Stand Up Guys. Sitting around, reflecting on how pathetic their lives are ending, the film's talented cast hits some notes of genuine pathos. Annoyingly, the trio need to get into some wacky hijinks to fill out the running time; including an out-of-nowhere gang-rape revenge plot that comes and goes in 10 minutes. When it doesn't get in its own way, Stand Up Guys shines as presenting some antique old coots ruminating on a maudlin world that doesn't want them anymore. Just go to the bathroom during the car chases and gun fights.

Stand Up Guys is not showing in any theaters in the area. 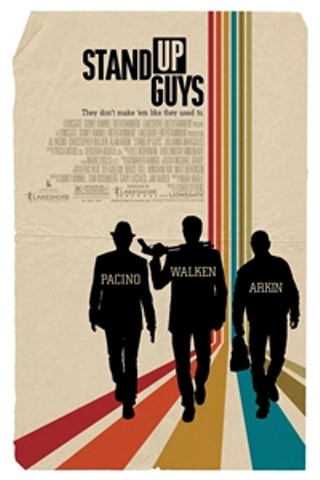