Matt Steele & The Corvette Sunset pops off with the release of Half Girl Half Ghost. 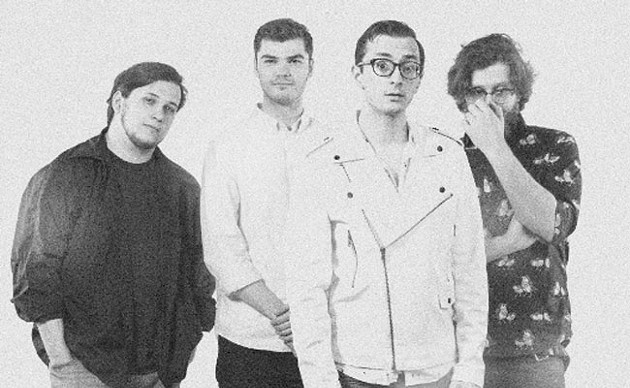 Matt Steele is accustomed to taking the stage with various musicians behind him."It was a lot of moving the guitar neck up and down to signal, 'Here is the next song' or 'Here is the next section,'" says Steele, recalling a previous show.

These days, however, the Kentucky-born performer has a consistent backing band. And he's noticed the difference. "I just remember at some point, I realized—I walked offstage and I had not had to tell anybody to to anything for the entire set."

Steele is joined by Devin Shael Fox on bass and vocals, Kyle MacDougall on drums and Marcus Tracey on lead guitar (with Will Hansen in this position on the new record Half Girl Half Ghost), who form Matt Steele & The Corvette Sunset. The musicians started making their name as a group last year. They released the single and video for "Handshake Deal," a song which kids these days might refer to as a "bop," in April, and they're now about to launch the band's debut LP.

While Steele has put out music under his own name before, he calls Half Girl Half Ghost his "first super-serious release."

The album is made up of tunes inspired by Steele's lived experiences and well as fictitious scenarios. Some tracks are fresh arrangements of songs that were written years ago, because "the album cycle and the creative cycle don't necessarily come together," says Steele. "I worked with the band to pick songs that made sense for the band and that the band like to play." Fox was drawn to "Couchmate Katie," for instance, which Steele hadn't played in three years.

"After this record, I think people will see a little bit more songwriting collaboration from the band," says Steele, "but this is still just like trying to flush out however many years of songs and give them the love that they deserve."