Step inside the Art Arena

A hybrid performance showcase puts marginalized artists in the spotlight. 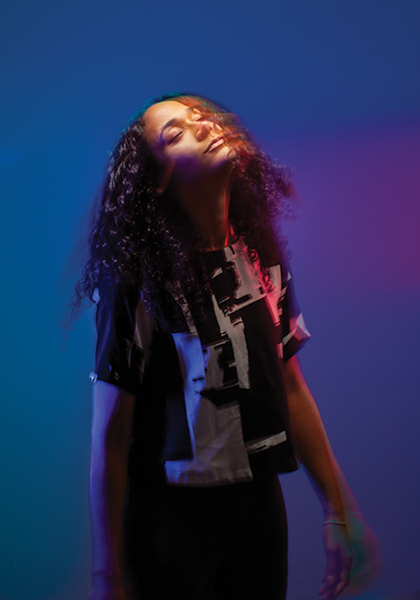 Performance is the building of a temporary world. The artist and audience are across from each other, in a silent agreement, that this whole thing is going somewhere. Will it be to space? To an ancient time? To an imaginary realm? The script, set, music, visuals, dance—and the performers themselves—will soon tell the audience.

But what if, as well as transporting you to another world, performance could help make this one better?

That’s what The Bus Stop Theatre’s Art Arena project is doing, one diverse show at a time. On Friday, Art Arena’s first revue—a hybrid showcase featuring performance art, dance, singing and more—will beam a full roster of BIPOC female, non-binary and trans artists from The Bus Stop stage to your screen, complete with top-quality sound engineering and videography.  (This will be the first event since The Bus Stop announced it has bought its building—a reminder of what arts spaces can do when they're able to focus on work and not worry about survival.)

“I don’t think I’ve ever been to a show—or heard about a show—with just people that are femme BIPOC. I don’t think that exists in the field in this area, so it would be really nice to see identifying femme folks to show their craft in whatever form,” says Mariah Pelley Smith, the organizer and videographer  behind Art Arena. She’s excited for the potential in this series of shows, each of which will spotlight a different marginalized community, “so that we can honour this group itself.”

Borne out of Pelley Smith’s work with her production company Conscious Creating Artists and The Bus Stop’s ‘Stage It’ program, Art Arena aims not only to give exposure to performers in a host of mediums but also to arm them with tools for success: “One of the things of artists not being able to be seen is that they don’t have the content—they don’t know how to make the content,” Pelley Smith says. So, a slot at Art Arena is also a ticket to levelled-up branding, stage presence and social media content.

Friday’s lineup features singer/actor Eriana Willis, performance artist Nat Chantel, actor Moneesha Bakshi and dancer Mayumi Lashbrook. “I want it to be an experience that people may have not experienced before,” Pelley Smith says of the evening, which streams for free via The Bus Stop and Art Arena’s respective Facebook Lives.

“People are going through a lot; it’s like there’s a hum of dread in the air because we don’t know what’s going to happen in the next couple of months. So I feel like it’s a space or a container for one of the things I wrote in the post: ‘Allow us to be in movement and in sound and in human connection as much as we can be when we’re trying to uplift with the things that we’re creating’,” Pelley Smith adds. “I want people to be like ‘oh yeah I remember those times when we could actually enjoy art in real life and connect and cry and laugh and do all those sorts of things.”