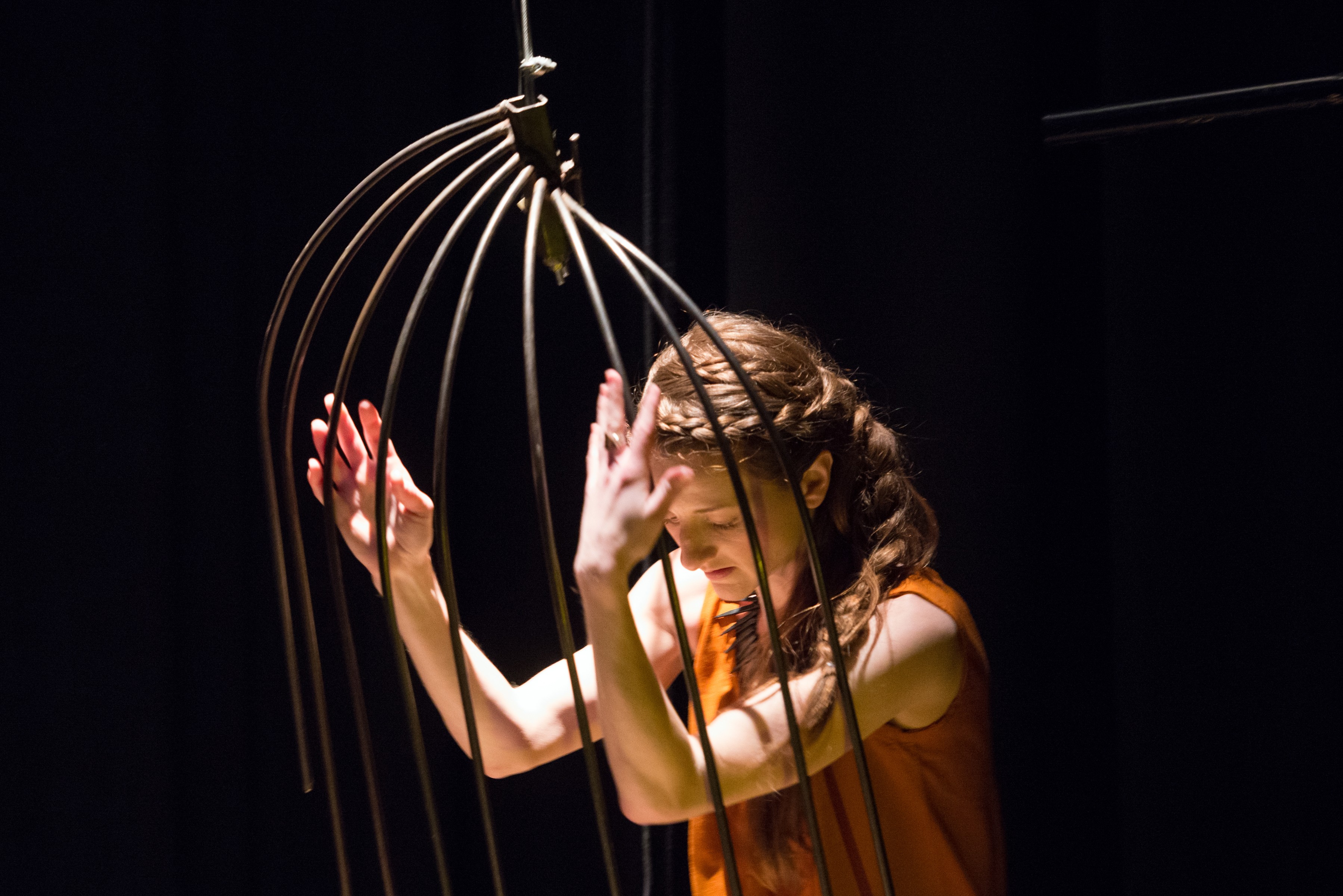 Donovan and Chui created an outdoor version of the show in 2013, called Burnwater. The show was focused on the life and work of John Little: a Nova Scotian blacksmith and sculptor. Burnwater takes its title from an old belief that water would catch fire when a blacksmith plunged hot iron into it.

“That [show] was really kind of literally about John’s life and was built on his land in East Dover,” says Chui.

The pair later decided to bring the performance indoors. While it’s still largely inspired by Little and his work, this version addresses broader themes such as the story of metal itself. Being indoors means elaborate set design, sound design and lighting design were at the creators’ disposal. What’s more, the audience joins the live performers–a dancer and a percussionist–onstage.

The goal is to give attendees the same quality of journey as those who experienced the outdoor show, but without literally taking them over a hill or through a garden.

Haligonians will have to take a drive to the south shore for this particular show, but Donovan and Chui are working towards yet another version of the show which would appear in Halifax in the next couple of years. This will be a “more fleshed-out installation designed for a gallery space.”

Donovan and Chui were influenced by art installations that have been popping up in galleries recently–ones in which the viewers become immersed in what’s happening. That’s why the interactive elements were a key part of the show’s revival.

“In this piece, there’s a lot of space to think about how are you creative? How do you create a life and how do you forge a life? That’s kind of part of it as well,” says Chui.

For instance, each audience member is invited to go into a curtained-off workshop, scattered with photographs, maps and notes. They’re welcome to pick up a pencil and contribute a thought or two in the space.

“It’s like you’re seeing inside of a creative mind and you’re one with the creative mind,” says Donovan. “It’s sort of getting people to think a little more about what their interaction is with creative things. Sort of bringing us all together.”