Stepping Stone teams up with Ship’s Company for The Reversal of Peter Dawson, a hybrid of mentorship and theatre-making. 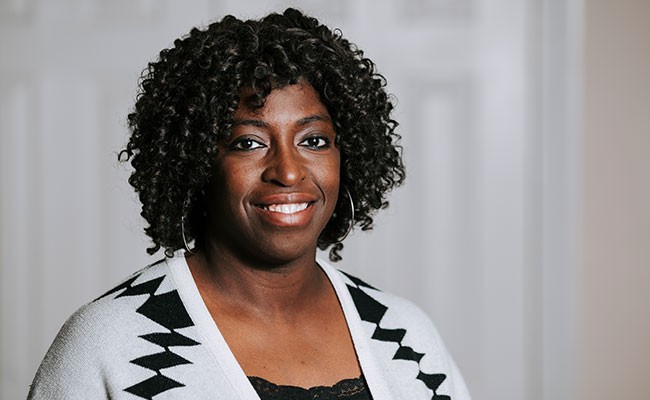 "It's a great opportunity for these women," says Wanda Taylor, the executive director of Stepping Stone Nova Scotia, an organization supporting marginalized populations currently and formerly involved in the sex trade. Since the beginning of the new year, Taylor and the organization have been rehearsing with Ship's Company Theatre to stage The Reversal of Peter Dawson. Running February 2 to 4 at Alderney Landing, Stepping Stone's clients have gotten to work on the production under the tutelage of local professionals.

"I started to introduce therapeutic arts when I came on as the coordinator of the transition program," says Taylor, whose background includes work in film and television. "We thought it would be great to give these people the opportunity to work in the arts community with professional artists who do this for a living."

The women are involved in all aspects of staging the play, from costume and prop design to building the set to performing. "It's teaching them that they can find talents and skills within themselves that they can use and apply in their lives," says Taylor. "And I know how important it can be to express yourself through the arts that way."

Peter Dawson is a middle-aged man who finds himself having to take care of his two grandchildren when his estranged daughter passes away. He doesn't find out until they arrive that they are biracial. "He has to figure out how to deal with these kids," says Taylor, "and how to make them a part of his family."

Natasha MacLellan, the artistic producer of Ship's Company Theatre in Parrsboro, first encountered Taylor's script at an event hosted by Eastern Front Theatre where local writers pitched their plays to company directors. She fell in love with the project immediately. "The story is really great," says MacLellan. "It tackles issues of prejudice and racism and talks about some of our social systems that aren't necessarily working. I loved it right away. It's gentle, but it's driving."

The play was conceived before the mentorship program with Stepping Stone; once funding was secured for the project, it seemed a perfect fit. "But it's so much more than just bringing a play to the stage," says Taylor. "You see the challenges these women face every day, dealing with issues like sexual violence and discrimination when reporting it to the police, and they still have to put on a face to the world and go out there and find jobs and support their family."

While most of Stepping Stone's clients don't have a background in the arts, working on the play has given them a glimpse into a world that may hold a different future for them. "Having an opportunity to work in the arts and do this is amazing," says Taylor. "When I say 'therapeutic,' that's not even the word to describe it. It's beyond that. There are no words to express how being able to do something like this can change a person's life."