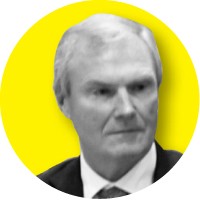 
Steve Craig was fast out the gate after getting elected, and earned an A- in his first report card. He’s still doing exceptionally well, bringing intelligence to each meeting, and diving deeply into the issues.

We especially congratulate him on his work with pedestrian safety. The issue could have been subsumed in a sea of bureaucracy---and indeed, that’s exactly what happened in 2010, when a provincially appointed committee stacked with traffic engineers brought the dreaded push-button activated crosswalk lights to intersections all over the peninsula. Craig’s committee, however, was much more judicial, and will likely result in a more pro-pedestrian outcome. First result is zebra crosswalks, coming this spring.

Of all the councillors, we had the highest hope that it would be Craig who would bring his independent streak and strong intellect to the convention centre. Alas, he’s given it a bye.