Steve Lund: From skates to sci-fi

Haligonian actor and former Halifax Moosehead Steve Lund stars in Space Channel’s Bitten and reflects on his roots and hope for the local industry. 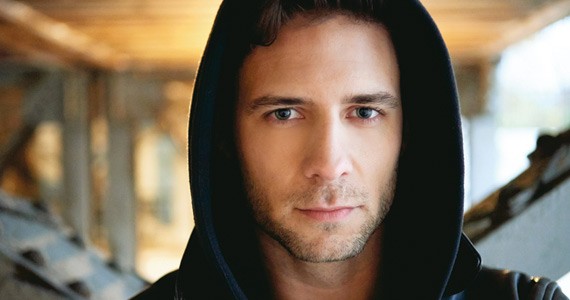 A former Halifax Mooseheads and PEI Rockets defenseman, Lund was forced to leave hockey in 2008 after a series of concussions. "I knew I was being challenged to consider what I wanted to do and truly loved after the concussions started to happen," he says. He adds that he found himself looking at some of his other interests and hobbies as possible career prospects. "I would often find myself getting more excited to tell a very flamboyant and theatrical story than I was for getting on the ice," he says. "I'd be telling all of these hilarious stories [to my teammates] and I realized I kind of loved that stuff.

"The only real alternative that was provoking a response in me was becoming an actor," he says. "So my mother and I started to look at different acting schools and I would survey my friends and see what they thought of the idea of me becoming an actor, and the support was overwhelming."

With this support, Lund moved to Vancouver, enrolling in the Vancouver Film School where he graduated in 2010. Since then he's appeared on shows like Being Erica, Beauty and the Beast, Blue Mountain State, Nikita and the locally produced Haven—a show that Lund realizes may not get to film in Nova Scotia again, due to the recent budget announcement which could see 75 percent cut to the film tax credit.

Lund tries to remain optimistic, but admits he's worried. "I had a lot of hope for the province emerging as a more reputable filming location after the banner year 2014 was for the industry in Nova Scotia, but this decision will certainly stifle that growth," he says. "I'm heartbroken thinking about all the wonderfully talented and hard-working people whose livelihoods might now be in jeopardy."

As for the rest of his career, Lund stars as werewolf Nick Sorrentino on Bitten, which is currently in its second season on the Space Channel and SyFy. Lund notes that he's been able to grow as an actor as his character grows and changes over the seasons. "Now that we're into the second season, my character has gone through incredible transformations and I've been challenged with a lot of adult dealings that when we started the series couldn't have been farther from the norm for Nick," he says. "It's been fun for me as an actor to adapt to that sort of thing."

Recently Lund also starred in the holiday movie Best Christmas Party Ever. He says his role in the film was a welcome change—it had more of a comedic element, something he'd like to do more of. "One thing I've been tinkering with lately is doing more comedy," he says, citing Jim Carrey as a source of inspiration. "I love the deep dramatic work and fight choreography and that sort of thing, but as an actor you always want to challenge yourself and get out of your comfort zone."

While Lund has had success with acting, he always keeps Nova Scotia and Halifax at the back of his mind. He maintains his Nova Scotia roots, his friends and his family keep him grounded throughout his career. "I need the unique charge that my home gives me and to know that unwavering force exists where my roots are sown; [it] gives me the confidence to tackle the big, competitive, relentless beast," he says. "I can't do it alone, and the ones I love have never made me feel like I've had to."