“Life goes on—we’re all in the dark.” 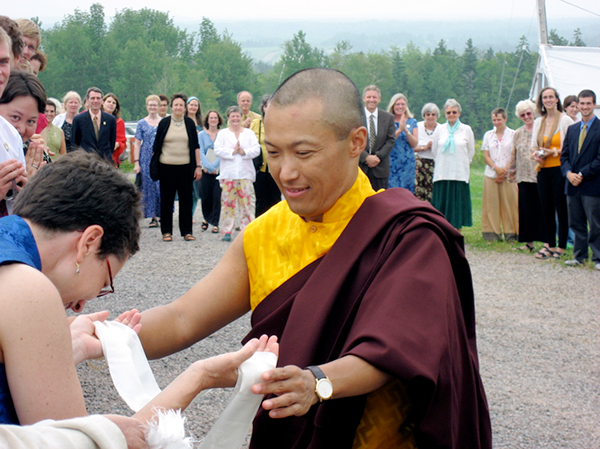 The final phase of an investigation into misconduct in Shambhala International reveals a community ill-equipped to deal with the reports of physical and sexual assault, child abuse, bullying and harassment its members brought forward.

After the release last year of the first two Buddhist Project Sunshine reports, the then-Kalapa Council (Shambhala International's governing body) hired Halifax law firm Wickwire Holm to carry out a third-party investigation into allegations against the group's leader, Osel Mukpo (AKA Sakyong Mipham Rinpoche), and some senior teachers and community members. The Kalapa Council also contracted An Olive Branch, a Buddhist-inspired organization that works with spiritual communities that are responding to ethical misconduct. An Olive Branch set up a listening post and invited former and current Shambhala International members to report "sexual, physical and/or emotional harm resulting from the actions of Shambhala teachers and office holders." Sixty-two people contacted the listening post, and the stories of 55 of them are included in the report.

Those accounts—presented anonymously, as are the names of the people accused of misconduct—range from the 1980s to today, and include 35 incidents of sexual misconduct by Shambhala International teachers and staff with adults, seven incidents of child abuse (all occurring in Colorado, the only jurisdiction mentioned), 10 incidents of physical violence, and 12 of emotional abuse. Additionally, the report notes six incidents of racial harm, eight incidents of bullying, and six incidents of rumours, ostracization or slander.

The 57-page report includes direct quotes from people who came forward (Reporters, in the report's parlance), and the stories they share are often harrowing, detailing sexual misconduct ranging from what one Reporter described as "a subculture of sexual harassment," to unwanted kisses, sexual relationships between adult males and teenage girls and alcohol-fuelled sexual assault.

In many cases, Reporters indicate they looked to their local Shambhala centres for help, or talked with a sympathetic teacher, or even filed a report through Shambhala's Care and Conduct policy, but, as one Reporter put it, "I feel like, 'I handed it to an Acharya, I wanted some fucking level of accountability. I wanted someone to tell [accused] that it wasn't OK—and [accused] is still teaching.'"

Though the report from An Olive Branch offers recommendations to Shambhala International about how to move forward, including a proposed code of ethics, some Shambhala survivors are skeptical a new process will result in a different outcome for those who come forward.

"I did not report to the Olive Branch because I have no trust in any process that Shambhala engages in. After seeing the report, my feeling is only confirmed," says Patricia Ullman, whose story was included in the first Project Sunshine report. "Over the years, there have been various attempts at a better process, always resisting outside, expert help, in the name of protecting the reputation of the organization. The result is the continuing harm of vulnerable people and protection of perpetrators."

Ullman doesn't expect to see any change. "All names have been redacted from the report, so life goes on as usual.  For all of these years, predators who have been reprimanded, or even had their teaching or meditation instructor credentials suspended, continued to teach either within Shambhala or elsewhere with impunity, because everything was kept quiet. Survivors and others were not protected, and those directly harmed usually had to leave or not be at a centre when their abuser was there.  So, life goes on—we're all in the dark, as usual. Why do we continue to protect people? How could things be more extreme than [they are] now?"