Few answers from the powers that be on why alcohol has been prohibited, and no word of if it will return. 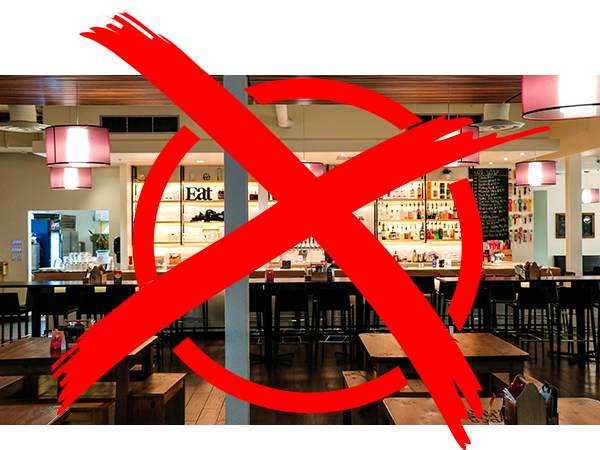 
After two weeks of suspended alcohol services on Dalhousie's Halifax campuses, some questions have been answered, but students still have concerns.

"In terms of their responses, I still don't think it's enough," said student Maddie Stinson, following a DSU meeting on October 23. "I think they dodged around a few questions that really need to be answered."

The suspension prohibits the Grawood and the T-Room from serving alcohol. In press releases from October 16 and 18, the DSU and Dalhousie gave unclear reasons for the suspension, generally stating it had to do with university's alcohol policy.

DSU president Aisha Abawajy says the union attempted to follow policy, but the special event application process seemed to change or was unclear.

In an email statement, Brian Leadbetter, Dalhousie's director of communications says there were five notable issues: the DSU refused to confirm if its servers had proper training; it submitted incomplete paperwork; approved events without authorization; it had security work without a copy of the license application and; it didn't take direction from the liquor license designate.

Stinson, who also works as a Grawood bartender, says the university has "done what any other university would have done at this point," and that the fault lies with the DSU.

Dalhousie student Kenyan Nagy worked at the Grawood and was VP academic and external. He says the student union needs to communicate better, for everyone's sake.

"There's no excuse for it," he says. "Quite frankly, it's a full-time job you're going to need to be prepared for." For Nagy, it comes down to a lack of transparency and accountability.

"This is a small group of students who are just trying to get information on what the hell is going on. One to two sentence emails replies, if you get a reply at all, is really disheartening to say the least," he says.

Abawajy says the union publishes documents online and emails societies to keep them up to date. "We have been doing our part to ensure students are aware what is going on," she says.

Many events are still going ahead; others, such as the undergraduate engineering society's Engibeering events have been cancelled.

"For a lot of first-year students this might be their first introduction to a place that serves alcohol that their allowed to be in. You can interact with this space without being allowed to drink," Abawajy says. "It's important for students to interact with alcohol in a safe way and see it in action. They're not going to get that now, which I think is going to encourage students, overage and underage, to drink unsafely and be unregulated on campus."

Abawajy says the union spoke with the university about "how their rash decision has impacted our staff," and is trying to find a solution.

The suspension has also left the bar community with an unhealthy and stressful work environment, as many employees don't even want to come in for their shift.

Abawajy says they are working with the university to sort out the suspension.

Most alcohol services have been restored Dalhousie University’s Halifax campuses as of Nov. 1.

In a press release Ivan Joseph, vice-provost of student affairs, said the school and DSU agreed to a “number of important conditions.” As a result of that agreement, alcohol can be sold at Grawood and T-Room and licensed on-campus student and faculty events.

However, full bar services for special events, like receptions, hasn’t been restored. Requests will be handled individually, said Joseph, but he expects to announce something regarding these events in the coming weeks.

“This new approach to campus-wide bar services is consistent with best-practice approaches seen atmany universities across Canada, and aligns closely with Dalhousie’s harm-reduction approach regardingalcohol service and consumption,” he said in the release.

The DSU also issued a statement and said its "enthusiastic” about having these spaces fully available to students again.Both Joseph and the DSU thanked the Dalhousie community for their patience during the suspension.