The bar's proposal prompts both support and concerns from the neighbourhourhood 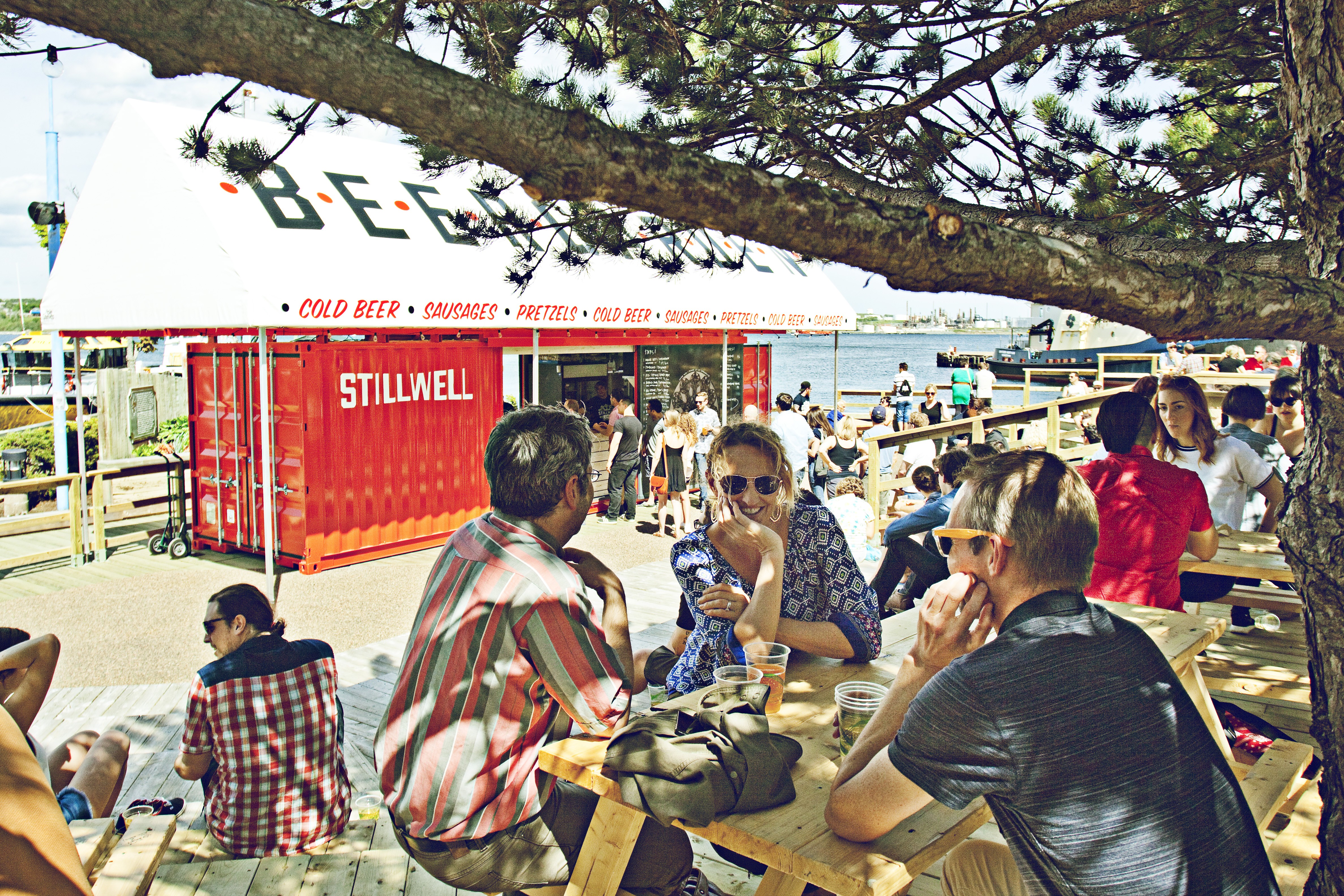 The talk of Stillwell possibly re-opening its beer garden across from the Halifax Common has left the surrounding neighbourhood with mixed feelings.

Chris Reynolds, the co-owner of the bar, met at 2223 North Park Street—a proposed location for the Stillwell Beergarden, which spent last summer on the Halifax waterfront—for an informal meeting Sunday afternoon. He believes that the Nova Scotia Alcohol and Gaming Division's public notice misinformed people by including “the maximum amount of everything” in their consultation letter.

“I think some of the neighbours in this neighbourhood saw those figures and were shocked by them,” he says. “We’re not going to operate a 6,000 person rave here until two in the morning every night of the week.”

Big crowd out (in 4 degrees and heavy rain!) at Cornwallis/North Park for a discussion about a proposed beer garden.

Nitoslawski says that she moved to her neighbourhood to be away from the bar scene and that a beer garden will encourage drinking, violence, aggression and noise complaints.

While Reynolds says that the spot will not be open until 2am, she’s still concerned. “The bylaw states no excessive noise after 9:30pm on weekdays and no noise after 7:30pm on weekends,” says Nitoslawski.

Nitoslawski contacted the Alcohol and Gaming Division about the last minute notice of the proposal, saying the public must be informed of consultations five business days in advance. However, those requirements were met with a sign posted on the abandoned lot on March 28.

“How were we supposed to know it was there? No one would be looking for that sign,” she says. Nitoslawski doesn’t blame Stillwell for leaving the neighbourhood in the dark but believes the owners could have been more proactive with informing them.

While Reynolds believes the general atmosphere is supportive, he makes it clear he is just vetting the site to see if it is viable. He says there are two or three other spots that he is taking into consideration.

“We’ll see how that goes,” Reynolds says. “We’re not putting all of our eggs in all of one basket. Hopefully we’ll have more final information and maybe even an announcement by next week.”

Public comments on the proposal are open until 4:30pm today.