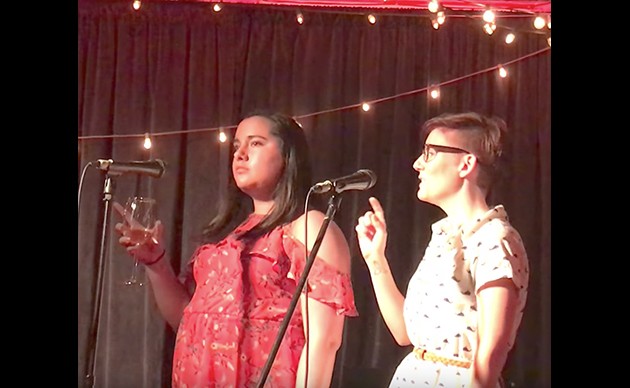 Stop Kiss is Whale Song Theatre's second show, after a successful sold-out run of Heathers: The Musical last February. "I brought the script to Laura [Thornton], the artistic producer of Whale Song Theatre," says Emily Jewer, who plays Sara in Stop Kiss. "I read the script years ago and loved it."

The story follows Callie and Sara, two women who are surprised to find themselves falling in love with one another. "Neither of them have been with a woman before and suddenly this person comes into their lives," says Jewer. "Unfortunately, on their first date, after their first kiss, they get attacked by a man who beats Sara into a coma."

Although Stop Kiss premiered off-Broadway in 1998, its themes still hold relevance today. "I think it has an important message," says Jewer. "A lot of people like to say we are past the gay-bashing era, but we're not. It's important to remember that. It's also an important message for women, because it's not just the fact that these two women were kissing, but the fact that they said no to him. And that is an issue that women deal with on a regular basis."