We are all treaty people, says Solidarity Halifax. 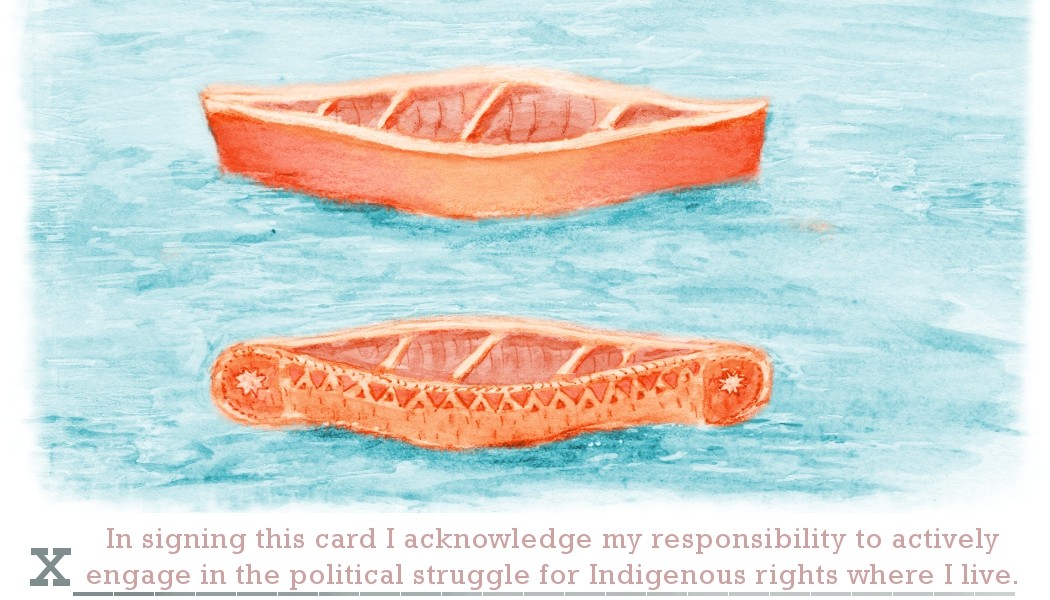 Quick, what are your treaty rights and obligations?

Despite common misconceptions, all Canadians—indigenous or not—have obligations and rights under Canada’s treaties. Solidarity Halifax says it’s high time we all recognize that.

As such, this evening the public is invited to a free event at the Halifax Central Library which will explore the responsibilities and challenges of all people in upholding the Peace and Friendship treaties. Between Nations: We Are All Treaty People will encourage a dialogue about how Canada’s land and people are governed by treaties.

Sébastien Labelle, a member of Solidarity Halifax’s anti-racism committee and an organizer of tonight’s event, says recent movements like Idle No More have ignited a surge of awareness regarding the infringement of treaty rights.

Treaties between indigenous Canadian governments and the British Crown were first set down in 1701. The British later agreed to a series of “Peace and Friendship” treaties with the Mi’kmaq and Maliseet peoples between 1725 and 1779. Since then, many other treaties respecting governance, land use and resources have been signed from coast to coast both before and after Confederation. All historic treaties made between 1701 and 1923 as well as more modern land claim settlements were reaffirmed and upheld in Canada’s Constitution during repatriation in the 1980s. As stated by Aboriginal Affairs, “the Government of Canada and the courts understand treaties between the Crown and aboriginal people to be solemn agreements that set out promises, obligations and benefits for both parties.”

But those solemn agreements aren’t always respected. As an example, says Labelle, simply look at the chasmic discrepancy in the quality of life between most First Nations communities and other Canadian citizens.

Indigenous Canadians are disproportionately affected by environmental damage, health concerns, lack of clean water, higher rates of criminalization and incarceration, lack of access to education, a crisis of missing and murdered women, high risk of suicides, a genocidal eradication of culture and a history of being ignored unless something valuable is found under their land.

“In looking at the human suffering that exists within communities that surround us, or that we may be part of, we really have an obligation to examine what's going on, in Canada and First Nations communities," says Labelle.

No contract is unilateral, he adds. As such, the Solidarity Halifax organizer wants all Canadians—especially non-indigenous citizens—to recognize their moral and legal obligations.

“A treaty is an agreement between two parties,” Labelle says. “If they concern First Nations, then necessarily they concern other Canadians as well; the descendants of European settlers and anyone who's a Canadian citizen or living on this land. There needs to be an understanding of that. If there are treaties in place, then everyone who lives here is a treaty person.”

In an effort to encourage such examination, the organizers behind tonight’s event will be passing out “treaty cards.” Printed with the treaty rights and obligations for non-indigenous Canadians, the cards are a way to move towards meaningful action and change the way people think about their relationship to Canada’s treaties. They’ll act as a symbolic and literal reminder of a non-aboriginal Canadians’ obligations under the Peace and Friendship treaties, and also as a spin on the indigenous Status cards issued by the Canadian government.

“There's no mirroring card for people who are not First Nations to signify or recognize that as descendants of European settlers or non-native Canadians, we also have rights and responsibilities towards the land that we live on,” Labelle says. "This was to hit home that we are all treaty people."

Non-indigenous residents of Mi'kma'ki are entitled to:
Live in peace and share the land with its owners and original inhabitants, the Mi'kmaq
—Participate in economic activity in order to earn a living
—Self-governance and law enforcement
—Moderate use of natural resources
—Freedom of language, religion and creed
—Education that reflects their language and culture

Non-indigenous residents of Mi'kma'ki are obligated to:
Protect and preserve the land and natural resources for all future generations
—Respect Mi'kmaq title to and sovereignty over the land
—Ensure the health, well-being and dignity of their indigenous neighbours
—Help preserve and strengthen the language and cultural heritage of the Mi'kmaq people
—Stand for justice and restitution for historic and current wrongs committed against Mi'kmaq people
—Educate other settlers, including their children, about their government's treaty obligations and the history of relations between indigenous people and non-indigenous Canadians; and ensure that treaty obligations are met now and in the future

It’s a small gesture, but not insignificant. Especially now, as Mi’kmaq History Month begins and a federal election looms. Given the crises faced by so many First Nations communities, it’s all the more important for every Canadian to remember that these treaties are an agreement from both sides to share land and resources, and live in peace and friendship with each other.

"Of course, when we really look at the power dynamics that exist, ‘sharing’ is a pretty generous term to use,” Labelle says. “We can't honestly in good faith say that we are living in peace and friendship with First Nations people." 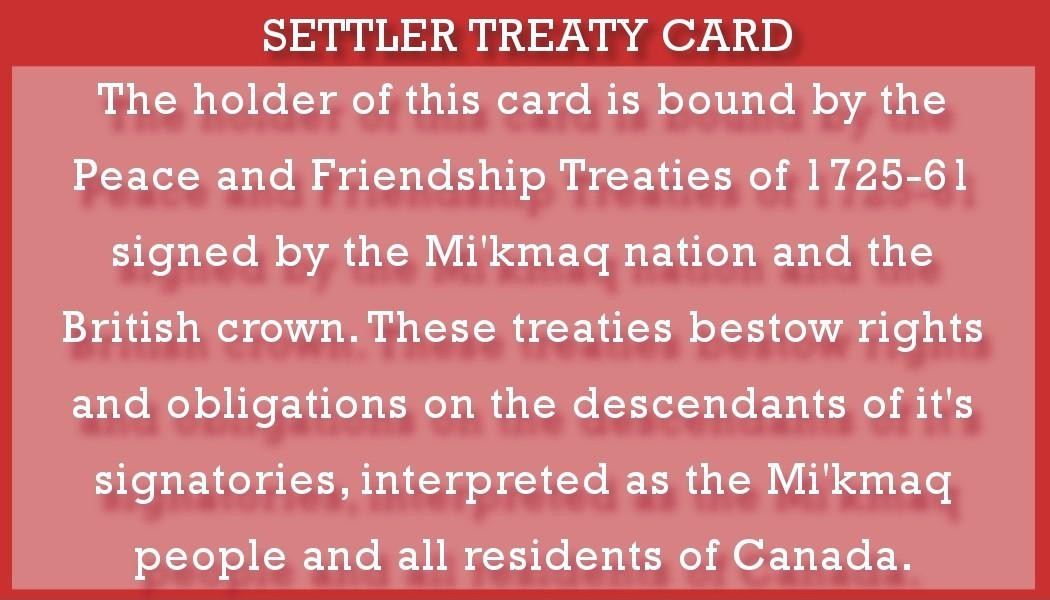