Hurricane Juan was a blessing in disguise for waterfront development. Will we be so lucky next time? 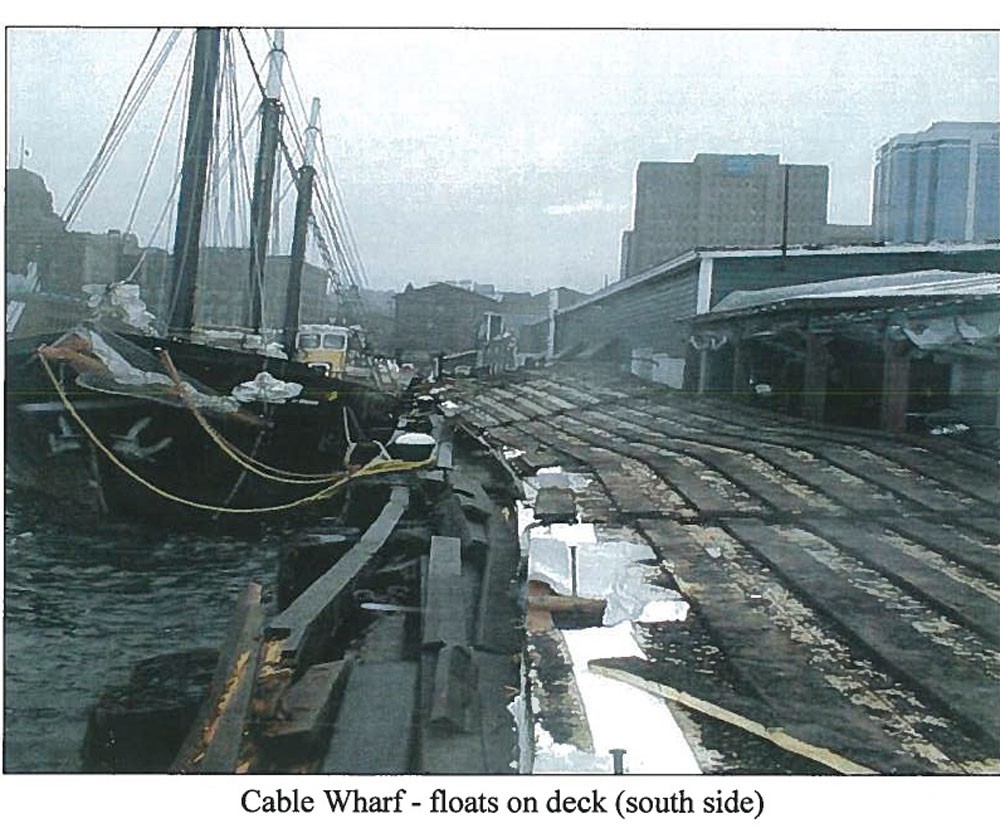 It was just over 10 years ago that a category-two hurricane dubbed Juan tore through Halifax, ripping roofs from houses and trees from the ground, and flooding our waterfront and coastline. Eight deaths were attributed to the storm. The tally for repairs has been estimated at $300 million.

These days, if you take a stroll down the Halifax waterfront on a summer afternoon, the memory of Juan seems unthinkable. The last decade has been good to the waterfront. It's seen a different kind of perfect storm– a concurrence of public infrastructure improvements, entrepreneurial growth spurts and good design. Throw in a harbour that no longer (for the most part) reeks of raw sewage, and you've got a positively lovely harbourside, complete with hordes of people, Haligonians and tourists alike, there to enjoy it.

It cost the Waterfront Development Corporation Limited, owners and/or operators of most of the waterfront properties from the ferry terminal to the NS Power building, about $500,000 to repair the Halifax waterfront damage from Juan. It was "our last funding from the province," says WDCL's director of operations, Jennifer Angel. In the decade since Juan, WDCL has spent about $9 million on maintenance and improvement projects. And next on the roster: a new large-scale development at the Cunard parking lot, and the Queen's Landing development.

"The momentum is there," says Angel. "We'll see major change not just on the waterfront but throughout the downtown in the coming few years."

But how will all this waterside development fare against the challenges of climate change?

Jennifer Graham is the coastal coordinator at the Ecology Action Centre. "I feel mixed about our beautiful waterfront," says Graham, a fan of free public access to the harbourside. She worries about some developments' proximity to the water. "I don't understand why we have so many buildings that are flat up against the water with absolutely no buffer, and great big plate- glass windows on the bottom floor," she says.

Graham is concerned that with sea level on the rise and Nova Scotia slowly sinking, the waterfront will become even more vulnerable to flooding during storms and weather events. She'd rather see development sit back from the coast, like the new Nova Scotia Community College campus in Dartmouth. "They could have built right to the water's edge," says Graham, "but they kept that nice vegetated slope and set themselves back a ways."

The sloping and irregularities of natural coastlines make them more resilient, says Graham. New developments in Bedford and Dartmouth Cove are "missing an opportunity by taking the remaining areas of natural coastline and turning them into infill areas and shoreline hardening," she says. "People are building as though this kind of stuff is something in the distant future."

The consensus isn't in on whether climate change will affect the frequency of these storms, but some suggest that it will increase their intensity, and the damage they do. One theory posits that warming northern waters are altering the course of the jet stream, creating unusual paths for tropical storms, and causing them to reach landfall at higher than expected intensities.

"It's a harsh environment, and always has been," says Angel. "We do the best we can to build robust, high-quality infrastructure.  We try to stay on top of our repairs and maintenance.

"Knock on wood," says Angel, "in 10 years we haven't had another storm like Juan."

One of the big worries when it comes to coastal development is storm surge–a temporary swelling in the water level due to low air pressure and high winds. During Juan, storm surge caused the water level to rise 150cm in just over three hours. Add in the rising tide, and the harbour reached a record water level of 290cm above normal, flooding the waterfront and washing away some of the fill underneath it.

But it doesn't take a Juan-sized storm to cause problems. The blizzard on January 3 brought a surge that combined with a new moon high tide to cause flooding in the streets of Weymouth, NS.

"I think what we experienced from Juan was an early indication of what we need to plan for and expect," says Richard MacLellan, HRM's manager of Energy and Environment. "As a result of Juan, there's been a lot of infrastructure investment, planning and operational processes put in place to make us more resilient to future extreme weather events." When the province required Nova Scotia municipalities to submit a climate change action plan last year before receiving gas tax revenues, HRM had its Climate SMART plan at the ready. There's no doubt a lot of work has been done in the past decade, but the question is always, is it enough?

The municipality requires setbacks for most development on the coast, though there are no specific requirements for harbour waterfront. Instead developments are approved case by case.

Jennifer Graham sees a need for a province-led plan to control what and how we build along our coast. Right now, she says, "you might get the false impression that if you're allowed to do this, then it's a good idea. And I don't think that's the case. We've fallen way behind as a coastal jurisdiction in dealing with this."

Erica Butler is a radio and print journalist based in Halifax. She slept through Hurricane Juan, but promises to be ready for the next one.