Strength and authenticity at OUTeast 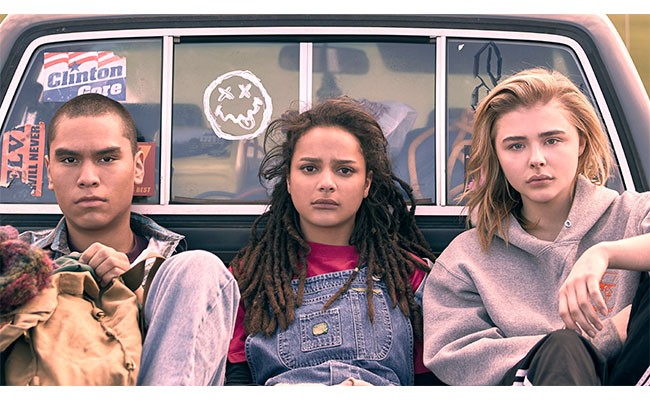 It's the seventh edition of OUTeast, and all of its founders left Halifax years ago, but the queer film festival keeps going.

"The reason we still do this thing that is so important to us is that these things are likely not going to be seen in Halifax otherwise," says festival producer Andria Wilson. "The movies are the top in each of these categories that they represent; the directors are all women, trans people, people of colour. They're incredibly strong voices from within the community."

"For us it's the exact same reason we started the festival in 2011—we need these films to be shown in Halifax," says Wilson. "The reason we do this work at all is to create space and opportunities for people to share their work and authentic voices and experiences. It's literally our job to support these filmmakers and create space, whether work can be shown or work can be elevated."

The opening gala is Desiree Akhavan's The Miseducation of Cameron Post, starring Chloë Grace Moretz as a lesbian forced into a gay conversion camp, which won the Grand Jury Prize at Sundance. "It's my favourite film of the year. I was a huge fan of Desiree Akhavan and her first film Appropriate Behaviour, and this film is so assured. You would not think it's a second feature at all, it's so well-done. It's just phenomenal."

That film screens Friday at Paul O'Regan Hall, followed by two days of screenings at the Museum of Natural History. "The Canadian shorts program [June 16, 2:30pm] has two of my favourite I've seen anywhere in the world this year," says Wilson. "We want people to come and get to know these filmmakers and see their work at this point, because they're going to be moving onto their first features and beyond."