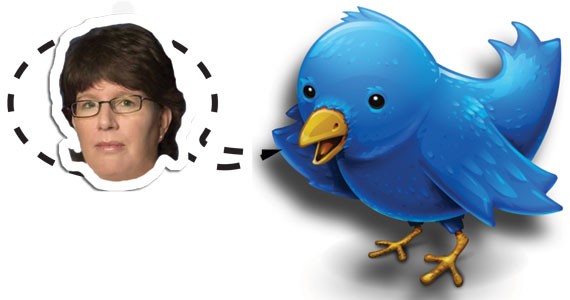 A Twitter account listed as Fake Sue Uteck was dismantled last week following complaints from south end councillor Sue Uteck about the content of the satirical posts. Uteck does not have a personal Twitter account and complained after supposedly receiving phone calls on the content of the dialogue between Fake Sue Uteck and Fake Mayor Kelly. “I understand that I am a public figure and will be judged by my comments, that is fair game,” says Uteck. “However when someone is putting comments out there attributed to me, I take offense. I was willing to ignore it until I received several phone calls, one accusing me of hiding behind this fake account. The public is now aware that it is not me, so next issue.”

A search of ‘fake sue uteck’ on Twitter provides access to a stream of user comments. The majority point to a flawed political system in HRM, particularly in regards to understanding social media, and referred to Uteck as “out of touch.” Saturday, a new account under the title Not Sue Uteck was activated. The bio reads: “Not associated with politician Sue Uteck… If…Steven Harper can stand satire tweets, so can Ms. Uteck.