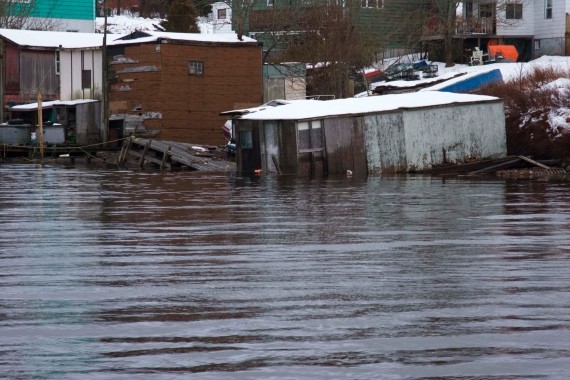 The wet winter story that hit Nova Scotia on January 2, killing two people and causing millions of dollars in property damage, gave a particularly hard punch to the local coastal communities of Herring Cove, Eastern Passage and Cow Bay. In many residents' opinion the storm was a visible product of climate change, enough so that Halifax councillors asked for a report examining the connection.

But, "it may be inappropriate to label this storm surge devastation as a Climate Change event," writes Richard MacLellan, the city's sustainability officer, in the report. "On January 2, a relatively "normal" storm in conjunction with an astronomical tide collectively resulted in an extreme weather event. In isolation, either of those occurrences would not have made a significant impact to the community---it was the combination that caused the devastation."