Folk icon Suzanne Vega says the music’s gotten her through her 35-year career: “I love what I do.” 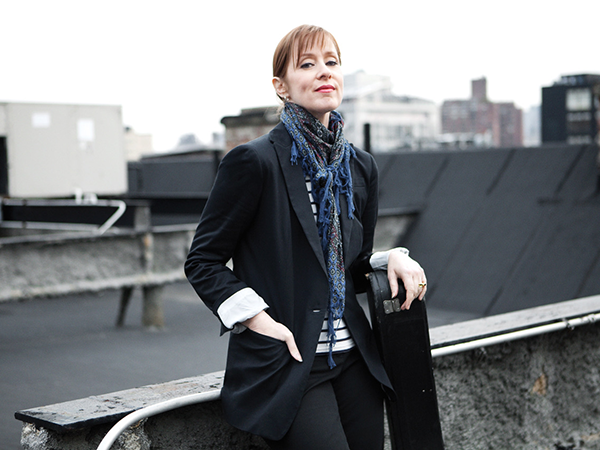 GEORGE HOLZ
“I was not expecting pop stardom,” says Vega of her hits “Luka” and “Tom’s Diner.”

I n Suzanne Vega's 1985 single "Marlene On The Wall," the titular character advises Vega to "not give up the goods too soon" when it comes to love. When it comes to live shows, though, all bets are off.

"I tend to do the older stuff that I know they want to hear up front so the audience relaxes," says Vega, who performs at Stanfest on July 28. "I know myself that if I go to a show and someone is playing the new stuff up front, it's really annoying. By the time I get to the part where I am playing new stuff, I get a really great response."

With a catalogue nine albums deep, Vega has a wealth a material from which to choose. Best known for her 1987 top 10 hit "Luka," and the 1990 DNA remix of Solitude Standing's opening track "Tom's Diner," Vega has explored many styles over the last 35 years: Folk, pop, jazz, electronic and industrial sounds weave their way through her discography, yet never overshadow Vega's distinct voice or her unique brand of songwriting.

"I don't have a formula for pop success and have always written the best way that I could," she says. "I think people who look into my catalogue will find a lot of songs they like, if they like songs and songwriting."

Bursting onto the scene in the mid-1980s with her self-titled debut, and finding international stardom with sophomore effort Solitude Standing, Vega was one of the most popular artists in the '80s folk revival. Her success wildly exceeded expectations of her label A&M Records, and to some extent, even Vega herself. "I worked really hard at my music, and felt it was really good, so at one level I wasn't surprised," says Vega. "But on the other hand, I was more commercially successful than I imagined I would be. I was not expecting pop stardom—that was a surprise."

While pop success was fleeting—"Tom's Diner" was her last charting US single—her career continued to flourish. She was a main stage artist for all four years of Lilith Fair (including its 2010 revival), and earned a gold album for her 1992 release 99.9 F. She also ventured into broadcasting, winning a 2003 Peabody Award for the radio series American Mavericks.

Vega says while there was pressure to replicate her late '80s success, she didn't let it influence her craft. "It was huge pressure, absolute pressure, from everybody on all sides," she says. "There was a lot of anxiety, but I love songwriting, and it's the thing that has gotten me through. I love what I do—I love performing on stage, I love to play guitar, I love all of it, so that's really why I do it."

Vega ended her career as a major-label artist in 2001, launching Amanuensis Productions in 2008. "My little record company makes a profit every year," she says. "In an age where CDs don't sell, I get a cheque from my distributor every year, so I am proud of that."

She's also pleased with her longevity as an artist. With over 35 years of experience under her belt, she continues to release new material, and still draws at soft-seat venues and folk festivals like Stanfest all over the world. "It was my dream and hope, so I planned for it," she says. "I just don't stop, because I really enjoy it."