A banner year leads into an action-packed summer for your MCMs, Neon Dreams. 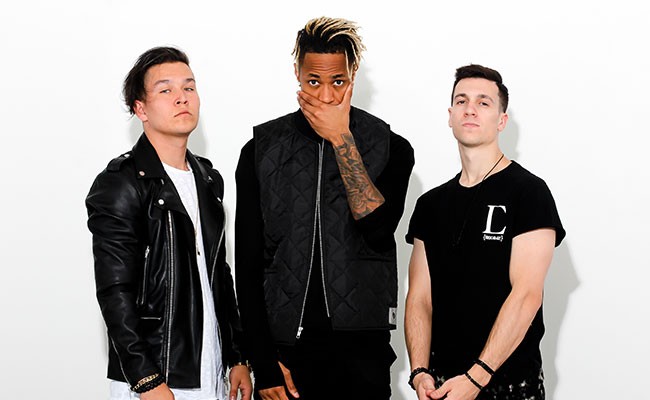 The past year was pivotal for pop/EDM band Neon Dreams, composed of four locals riding the high of recognition. They landed among the stars on top 40 charts with their single,"Marching Bands" and performed at the 2017 Juno Awards gala dinner.

"It felt like a level-up," says songwriter and producer Corey LeRue.

LeRue cites "everybody from Coldplay to Billy Talent to Blink-182 to Katy Perry," as the band's inspirations. The band has taken its time finding its niche, initially focusing on hard rock and settling on pop/EDM as a genre they feel encompasses their influences, but have played everything in between.

During last month's set at the Spatz Theatre, Neon Dreams covered Journey's classic "Don't Stop Believin'" and "Over my Head (Cable Car)" by The Fray. Morris took the spotlight for a drum solo during a remix of "Don't Let Me Down" by The Chainsmokers, hands a blur, headbanging in perfect sync with the rhythm.

The crowd's energy peaked during "Marching Bands" the band's single with Kardinal Offishall that reached 15 on the Billboard Top 40 after its release last summer.

Offishall worked alongside Lights, Max Kerman (of the Arkells), Ali Slaight, Gavin Brown and Allan Reid in choosing the top three artists from a nationwide array of applications to the Masterclass program.

Neon Dreams made the cut and received the opportunity to be involved in a weeklong workshop with the artists listed above, Coalition Music in Toronto, Slaight Music and Canada's Music Incubator.

"We learned a lot about ourselves musically, ourselves business-wise," says LeRue. "I think the biggest take-away was getting that inside connect with the industry insiders that exist within Toronto."

From there, they boarded the Juno Express, a train ride from Toronto to Ottawa on which artists from the Masterclass performed and networked with industry professionals while enjoying unlimited alcohol and food. The destination was the Juno Awards red carpet at the Canadian Tire Centre.

The band's performance of "Marching Bands" with Offishall at the gala dinner was LeRue's highlight of the Juno weekend. It was their first time performing the song with the hip hop legend and, although the audience was seated and eating, he says the big names in the audience added to the band's energy.

"It was a stamp of recognition for us," LeRue says.

As for the future, Neon Dreams will perform dates all over Canada this summer, like The Glow Fair Festival in Ottawa, Aboriginal Day Live in Winnipeg and with The Chainsmokers at the Calgary Stampede.

"We strive to be that band that is going to always be putting out good music, always got a tune happening on the radio and is touring internationally, says LeRue. "Pretty much what we're doing now, just on a global scale."