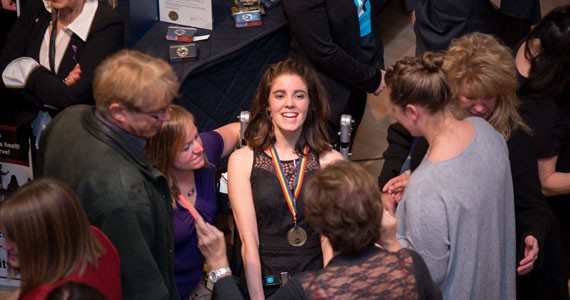 If the Atlantic Film Festival left you hungry for more local films, your wait is over. The second annual Bluenose-Ability Film Festival is taking place at the Halifax Central Library from December 1 to 3. The festival is Canada's only disability film festival, celebrating the unique perspectives and contributions of artists living with disabilities.

The action begins with opening ceremonies at the Bus Stop Theatre at 7pm on Thursday.

The festival has its first iteration last year, and is a venture by reachAbility, an organization which works to provide opportunities within the disability, Indigenous, African Canadian, and new immigrant communities. The ultimate goal of the organization is to break down social barriers and to provide these communities with an equal playing field in employment in all sectors.

The spirit of inclusivity and accessibility doesn't stop with the programming—all festival events are free in an effort to break down financial barriers as well.

The three day festival culminates with a gala and awards ceremony on December 3, coinciding with the United Nations' International Day of Persons with Disabilities.

A new addition to this year's festival is its Filmmaker in Residence program. The inaugural recipient is Paul Vienneau, whose most recent work explores the intersection of trauma and civic engagement.

More accolades are to come—the Lion of Courage Award is presented to the protagonist who best defines the spirit of the festival, while the School's Choice Award adjudicates films of young filmmakers.

Despite recent challenges to Nova Scotia's film industry, BAFF stands as a testament to the power of partnership between non-profits—BAFF is presented in partnership with almost a dozen non-profit organizations.