Taking the stress out of movie night

Telefilm and the Apple TV app are helping us choose our movie night flicks. Spoiler: they’re all Canadian-made! 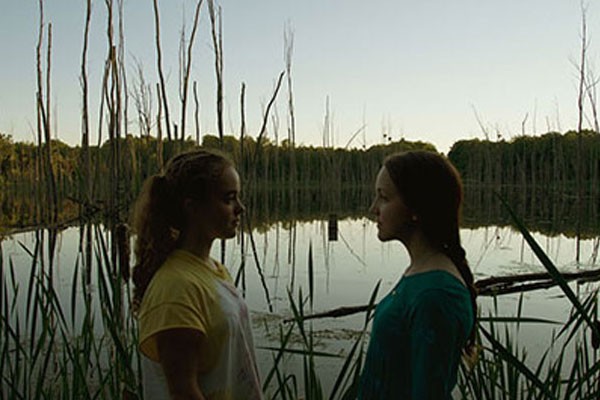 Our “digital must-watches” are stacked higher than our to-read piles, but Telefilm and the Apple TV app want to take the pressure off. By narrowing down our movie choices, while also highlighting Canadian-made films in the process, they’ve made it easier to streamline our digital content choices.

“The pandemic has really increased our ‘decision fatigue.’ For some of us, even deciding what to have for dinner is a daily dilemma,” Christa Dickenson, Executive Director for Telefilm Canada says about the “Canadian Movie of the Week” partnership. “The plethora of content available means we’re always looking for recommendations and trying to find the films that pique our interest.”

This promotion runs from now until Canada Day, where viewers can enjoy a new featured Canadian film a week for $0.99/film. Spotlighting Canadian films allows local filmmakers a chance to break through a booming industry and “thrive in an increasingly crowded marketplace”, Christa adds.

One of features includes a true Atlantic Canadian story, Maudie, the 2016 film about our beloved Nova Scotian artist. Showing from May 4 – 10, this drama will draw you into the life of Maud Lewis’, and how she became the famous artist we remember today.

Or if you’re looking for that perfect summertime romantic flick, Porcupine Lake, showing from June 8 – 14 will have you aching for a summer spent on the Canadian lakes, and dreaming of being a teenager again.

From festival favourites to contemporary classics, you’ll find a flick in this list that’ll pique your interest. And even once the campaign has run its course, you can maintain your newfound love of Canadian films through Telefilm’s See it All portal.

With Telefilm and the Apple TV app helping to choose your film, the hardest decision you’ll be left with is which movie snack it’ll pair well with.

Which Canadian film is up next? You can catch Canadian Strain from April 20 – 26th.

This content has been developed and paid for by Telefilm, without involvement from The Coast’s editorial department.