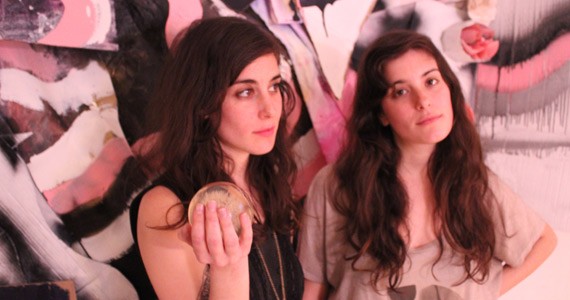 "Music is mystical," says Sari Lightman, vocalist and songwriter in Tasseomancy, the Eastern European-inspired ambient-folk band she plays in with her twin sister Romy. After releasing the Tasseomancy EP in 2008 under their old moniker, Ghost Bees, the women changed their focus.

"Ghost Bees was just the two of us, a more pared-down project," Lightman says, "Tasseomancy is an expansion of sound and ideas. We can achieve so much more [by] collaborating with other artists. We can experiment with more texture and greater dynamics during performance, which is what we've always wanted. It frees us onstage."

Since then, Tasseomancy released a second full-length, Ulalume, co-produced by Timbre Timbre, and have been touring non-stop as vocalists with Austra.

"I've learned to dance," says Lightman. "I never thought I was going to be a dancer in an electronic band, but it's great to diversify, not become attached to any kind of self-imposed identity, not to take yourself too seriously."

"We've been performing together for the last year-and-a-half, they're quite mind-blowing. We've also been collaborating with Sojourner Truth Parsons, a NSCAD grad, and she creates live visual installations during our performances," she says. With Sea Glasses, Doom Squad and Demetra, Tasseomancy returns to The Company House with the spells of magic folk.